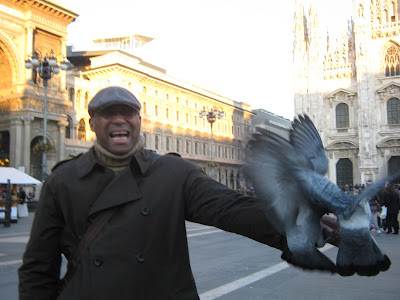 Posted by Adeyinka Makinde at 17:27 No comments: 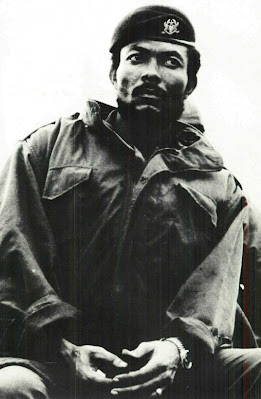 It would be no exaggeration to assert that Jerry John Rawlings dominated the politics of Ghana as no other leader did, with the sole exception of Kwame Nkrumah. As with Nkrumah, Rawlings rode the crest of an enormous level of national popularity, the product of a personal charisma that he was able to project to the masses. Yet, in life and death his legacy as a military ruler and civilian leader is often the subject of polarised debate. For some he was the saviour of Ghana, the man who rescued his country from the pit of economic degeneration and enabled it to regain by large measure its previous mantle as the ‘Black Star of Africa’. To others he was a demagogue and an authoritarian who held his country hostage for two decades during which he betrayed the principles he had enjoined his countrymen to embrace when he first came to national prominence. The contradictions in both the personality, as well as the leadership of Rawlings are stark: many who saw him up close considered him humble and down-to-earth. A man with the common touch. Yet his extravagant ways of expression and theatrical public presence were more than suggestive of a flamboyant egotism. He consistently spoke as an idealist, but often had to justify many of his major decisions in the realm of pragmatism. In a 1981 interview, he described himself as a “moderate” who believed in “peaceful revolution”, an irony given the political violence that characterised his first stint in power and the first decade of his second coming. He promised a “people’s democracy” but ended up presiding over an autocracy. The blood spilled during his regimes made some dub him an African Robespierre. For them, Rawlings was the principal author of a form of diabolical vengeance when the Armed Forces Revolutionary Council, of which he was elected Chairman, sanctioned the execution of senior military officers. A dominating, larger-than-life presence, he alternately charmed, cajoled, inspired, beguiled and terrified Ghanaians. But Rawlings was as much a phenomenon of self-invention as he was shaped and moulded by the forces propelling Ghanaian political history. Many refuse to acknowledge or seek to downplay the serious fractures in the severely politicised Ghanaian military which pointed to an inevitable ugly explosion with or without the agency of Rawlings. And while his detractors point to his coup of 1981 as an illegal and hypocritical enterprise driven by egotistical ambition, they fail to give appropriate consideration to his putsch as a bold attempt by Rawlings to innovate an alternative system of governance to that which had failed Ghana and other parts of Black Africa. For Rawlings was, at least at the outset of his second stint in power, determined, with the ideological tutoring of the “Legon Left”, to map out an economic programme that would remove Ghana from a harmful, but seemingly ineradicable dependence on the West. Therefore any purposeful and objective examination of the legacy of Rawlings cannot be solely based on the man alone and his perceived successes and failings, but must necessarily comprehend an honest reflection on the part of his countrymen about enduring problems of tribal sentiment, endemic corruption, and institutional failings that have prevented Ghana from transforming itself into an economically independent post-colonial African nation.

Posted by Adeyinka Makinde at 23:59 No comments: 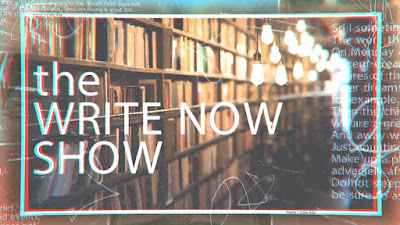 Posted by Adeyinka Makinde at 05:21 No comments: 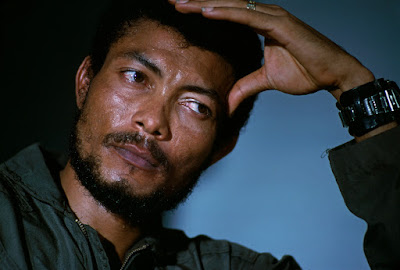 The Former Military and Civilian Head of State of Ghana photographed in contemplative mode during a press conference held on January 20th 1982 after seizing power in a military coup on New Year’s Eve 1981.

Posted by Adeyinka Makinde at 06:09 No comments: 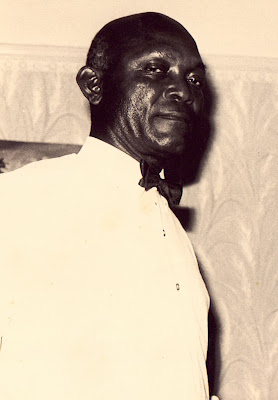 A cropped photo of the then Rear Admiral Wey at a social gathering at our home in Hendon, London during the early 1970s which presumably was taken by my Father who was then serving as the Deputy-Defence Advisor at the Nigerian High Commission.

The passing of James Bond icon Sean Connery reminds me of a visit by Vice Admiral J.E.A. Wey to our home in Apapa, Lagos in the 1970s.

This was after his retirement following the overthrow of General Yakubu Gowon in whose regime he had served as the Chief of Staff Supreme Headquarters.

A video tape of the James Bond movie "From Russia, With Love" was playing in the sitting room during which time Wey and my Father, his former aide-de-camp, were often in quiet conversation. That is apart from when Wey broke off from the conversation to use his walking staff to playfully poke me or other youngsters around on our sides or behind our necks.

He was always teasing kids.

He also kept referring to himself as the "Old Man", his nickname among the senior military officers; making an accompanying joke on each occasion.

Anyway, when late in the movie, the fight scene between Sean Connery (James Bond) and Robert Shaw (Red Grant, the SPECTRE assassin) was happening, Wey and my Dad stopped chatting and became absorbed in the movie.

When Connery finally overcomes Shaw, he's about to leave the train compartment before he decides to go back and retrieve the wallet containing gold sovereigns which Shaw had earlier relieved him of at gunpoint. Then as Connery is leaving he says to the dead Grant:

"You won't be needing this, old man".

The mention of "old man" was cue for Wey to let off his trademark deep, throaty laughter.

Although this film is silent you can see a Royal Navy admiral turn to look in the direction of Wey when he laughs at the 14-second mark:

He was quite a jolly character.

Posted by Adeyinka Makinde at 23:06 No comments: 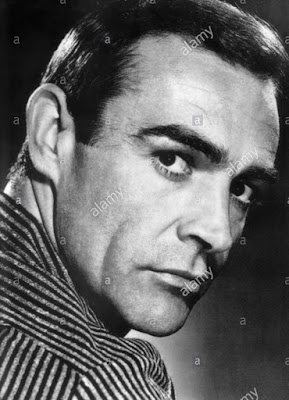 Posted by Adeyinka Makinde at 22:36 No comments: 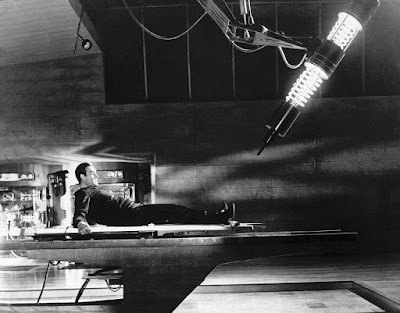 Posted by Adeyinka Makinde at 19:05 No comments: