I had a great time selling and signing books at this year's Annual Boxing Memorabilia Fayre. I had previously rented a stall in 2005 and 2006 as part of the marketing of DICK TIGER: The Life and Times of a Boxing Immortal. Also nattered quite a bit with a number of aficionados. For the record: copies of JERSEY BOY sold out within two hours. 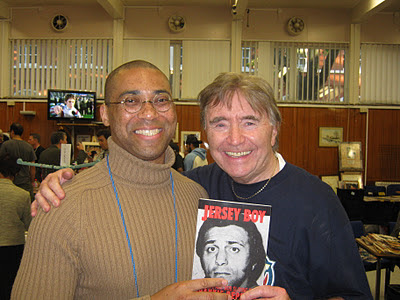 With Chas Taylor, the organiser of the Fayre with the able assistance of his wife Kymberly. 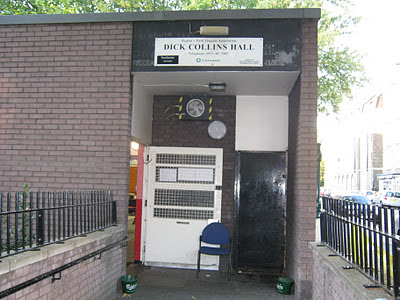 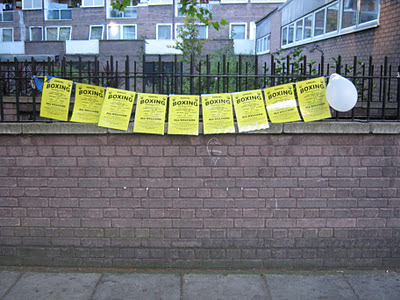 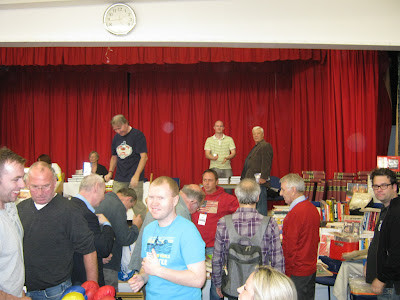 One of the recurring rituals of the Fayre is where Chas Taylor announces the presence or arrival of a former boxing champion which is followed by hand-clapping and cheering... 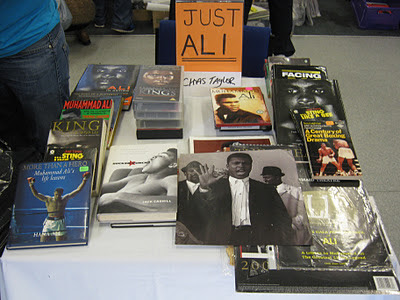 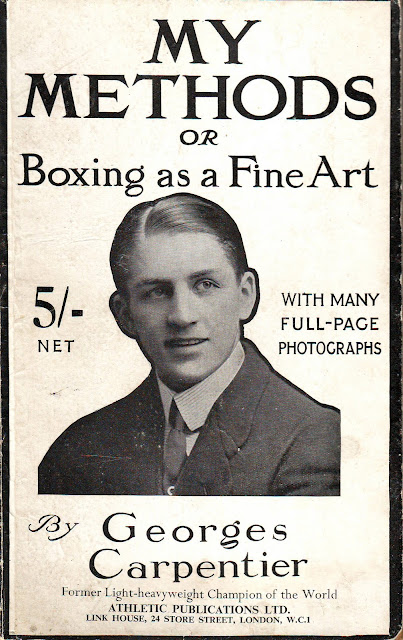 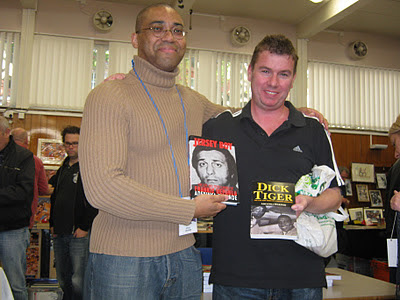 This gentleman was alerted by Internet circulars about my appearance at the Fayre and had already purchased a copy each of JERSEY BOY and DICK TIGER, both of which I gratefully signed. 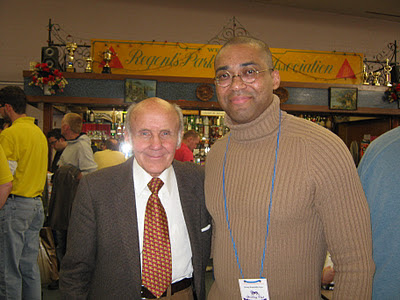 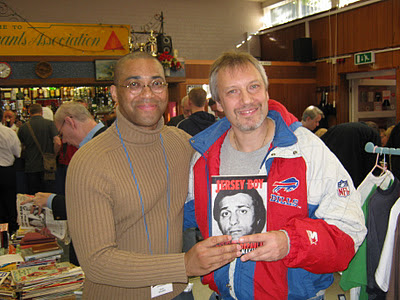 This American gentleman was bred in Hudson County, N.J. 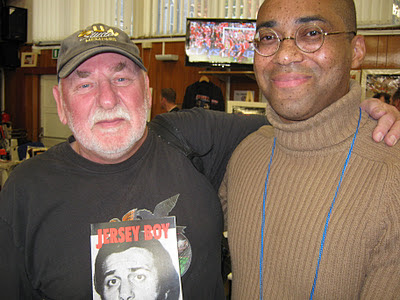 I first met this aficionado of the 'Sweet Science' in 2005 when he purchased a copy of my biography on Dick Tiger. 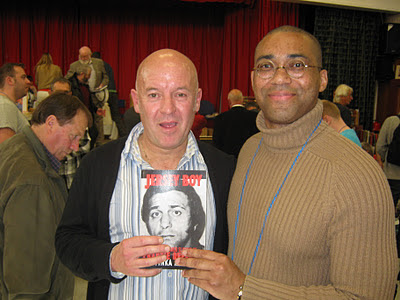 I look forward to attending next year's Fayre!

Posted by Adeyinka Makinde at 09:32