My views on the Syrian Conflict: An Invitation from the British Labour Party 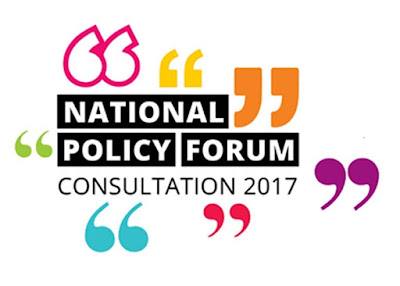 I recently dispatched a circular to a range of persons and organisations including one blind copied to the parliamentary email address of Jeremy Corbyn, leader of the British Labour Party. Sent in the aftermath of the furore over the reported chemical attack in the Syrian city of Idlib, it was a reminder about the genesis of the conflict.


Last week, I unexpectedly received a response from one Dominic of the Membership and communications section of the party inviting me to contribute to the party’s policy forum. The email emanated from Corbyn’s official email address.


What I found striking was that the response did not bear any trace of what I presumed to be Jeremy Corbyn’s position. Dominic, who did not give his surname, appeared to trot out the mainstream media claims of atrocities by Russia, Iran and Hezbollah in Aleppo and takes as a given that Syria committed an atrocity in the city of Idlib.


When Dominic writes about bringing to account those “who have committed terrible crimes in Aleppo and elsewhere”, one wonders whether he is aware of the irony of his words given the dubious legal basis of the involvement of Western powers in Syria including that of Britain. Does he consider Nato actions which have caused civilian deaths in both Syria and Iraq such as relating to the village of Mansoura and Mosul to be war crimes or merely “collateral damage”?


And when Dominic moralises about not allowing those who have committed war crimes to “escape with impunity” and is insistent that “there must be a day of legal reckoning”, is he aware of the irony of those words given the fact that last November, Labour Party MPs turned out in force to vote against a parliamentary motion for Tony Blair to be held to account for misleading Parliament over the Iraq war?


The National Policy Forum, a body charged with overseeing policy development, was itself set up by Tony Blair as part of what was termed the “Partnership in Power” process.


It is, according to Dominic, open to hearing ideas from ordinary members of the public including non-party members.


Subject: Syria - A reminder of the genesis of the conflict


As tensions rise after the alleged chemical attack by the Syrian Arab Army in Idlib, here are two essays of mine which provide an explanation for the reasons behind the West’s desire to overthrow the government of Bashar Assad regardless of the consequence of turning Syria into a failed state along the lines of Iraq and Libya. The Destruction of Syria. Will Military Action put America and Russia on the Dangerous path of a Possible Confrontation? (2013) http://bit.ly/1H1Gk7m and The Syrian Tragedy: Western Foreign Policy and its ‘Useful Idiots’. (2016) http://bit.ly/2egEx3m


Re: Syria - Areminder of the genesis of the conflict
Sent: Thu, 27 Apr 2017 15:09
From: Jeremy Corbyn leader@labour.org.uk
To: Adeyinka Makinde adeyinkamakinde@xxx.xxx


Thank you for contacting us about the situation in Aleppo/Syria.


Almost six years of conflict in Syria, and a devastating campaign waged by Syrian and Russian forces, have left thousands dead, destroyed hospitals and wiped out food supplies.


What is most important now is that we do everything we can to maintain the current pause in violence. The immediate priority should be to enable the peace talks to take place, and the ceasefire has to be observed for that to happen.


There are now estimated to be around 6.5 million people internally displaced across Syria, and there is an urgent need to ensure proper humanitarian support for those in need. If that support cannot be delivered by road, then Labour has called for the UK government to keep its promise and use airdrops as a last resort to get food, water, medical supplies and shelter to all those who so desperately need them.


The UK and others must use the end of the siege to re-engage in serious talks towards a political settlement in Syria, so that the appalling crimes we have seen perpetrated by Russia, Iran and the Assad regime in Aleppo are not repeated in Idlib or anywhere else.


Finally, at some stage there must be a process to bring to account all those who have committed those terrible crimes in Aleppo and elsewhere. Labour believes they must not be allowed to escape with impunity; there must be a day of legal reckoning.


Whether you’re a Labour Party member or not, we want to hear your ideas on how the net Labour government should tackle the challenges our country faces, and build a more equal and prosperous Britain. If you would like to take part in this policy making process, please visit policyforum.labour.org.uk


Sent by email from the labour Party, promoted by Iain McNicol on behalf of The Labour party, both at Southside, 105 Victoria Street, London, SW1E 6QT Website: www.labour.org.uk to join or renew call 0345 092 2299.