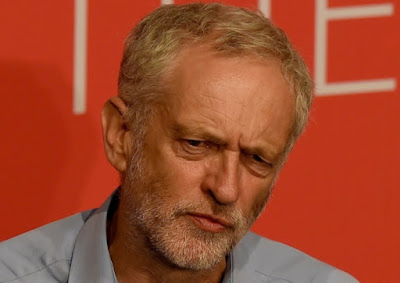 To assert that “capitalism is the worst form of economic system except the others” would be a useful adaptation of the famous quote by Winston Churchill on democracy versus the other systems of government. Capitalism was not eroded by the Clement Atlee-led Labour government of the immediate post-war period. At the same time, it should be reminded that Margaret Thatcher could not override every vestige of socialism; the National Health Service being one notable example.

From the English Civil War-era groups such as the Levellers and the Diggers through to the work of Robert Owen at the time of the Industrial Revolution and, of course, the formation of Labour, socialist thinking and activism have been part of the political landscape of the British Isles.

But the Left has for long suffered from its associations with Marxism and the brutal reign of Bolshevism in the Soviet Union until its eventual collapse, and, specifically in Britain, from the failure of the Labour government in the 1970s, the over empowerment of union barons and eighteen long years in opposition to the Conservative Party that began with the triumph of Margaret Thatcher in 1979.

While the controversial election of Jeremy Corbyn as the leader of the Labour Party is being touted by the mainstream media as a retrogressive step that will end in a disastrous era of being “unelectable” if not in the party’s outright extinction, it does provide an important opportunity for the British people to re-examine the path to which mainstream political parties have all adhered for a number of decades. For instance, since the financial meltdown of the late 2000s many have simply gone along with the 'no alternative to austerity' mantra.

They also seem to be getting reconverted to the militarist agenda discredited by the Iraq invasion. The public mood was tangibly validated by the no vote against intervention in Syria a couple of years ago only for the 'programmed' rise of ISIS to begin to distort this.

If Corbyn is a 'threat' to national security, I see no reason why a compelling case cannot be made for the same charge to be saddled against the war mongering likes of George Osborne and David Cameron who must be aware of the NATO-facilitated circumstances behind the rise of jihadist militias in Syria and Iraq. Further, both cannot be unaware of the dangerously manufactured policy of provoking Russia via the Ukraine.

Away from the mudslinging and ideological bashing, I hope that Corbyn's rise will create a substantive stream of debate on the accepted postulates of how to run the British economy. It will be interesting to see what ideas he can come up with that will aim to achieve economic stability and social justice in contemporary Britain.

The Labour Party which was created to serve the interest of the working class clearly no longer does this. It has made itself beholden to corporate interests, and Corbyn's most vociferous critics are from among the 'Blairites' within the party; many of whom do not stand the test of being steadfastly principled in serving the genuine needs of the people. Indeed, the New Labour apostate socialists of the Blair-stripe are mostly a greedy, lucre-chasing lot only interested in their post-political career nest eggs from their true financial masters.

Both Labour and Conservative parties have become similar in ideas and policies and have not offered a practical choice of genuine alternatives to the British electorate. Corbyn's victory has served to delineate the boundaries between both major parties and widened the sphere of options for voters.

It is going to be a difficult time with the Establishment and its defenders in the press arrayed against him, but if he can provide a lucidly articulated viable alternative to austerity and toleration of the worst features of capitalist culture as well as a prudent strategy on immigration without succumbing to hate-laced and xenophobic posturing, he could well change the political landscape.