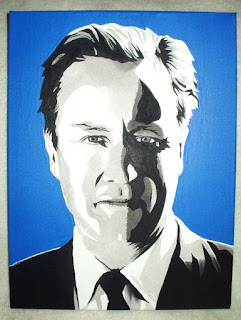 I can't think of a more accurate appellation for David Cameron than 'Dodgy Dave'.


While it is true that the antics and language used by MPs in the British Parliament may at times appear childish and comical, I don't think using the term 'dodgy' should be designated as 'unparliamentary' in nature if the speaker did not flag Cameron for referring to former shadow Chancellor Ed Balls a couple of years ago as a 'Turkey'.


If the argument is that 'dodgy' implies dishonesty then 'turkey' suggests stupidity.


The system in the United Kingdom is an adversarial one, and jibes have always been part and parcel of the give and take at Westminster. Presumably Dennis Skinner ought to have merely accused Mister 'Ca-Moron' of having been 'economical with the truth' of his tax affairs and off-shore dealings.


And given how the prime minister had famously called out celebrities for being 'immoral' by avoiding taxes through the use of off shore havens, perhaps the term used by Skinner - the 'Beast of Bolsover'- should have been 'hypocrite'.