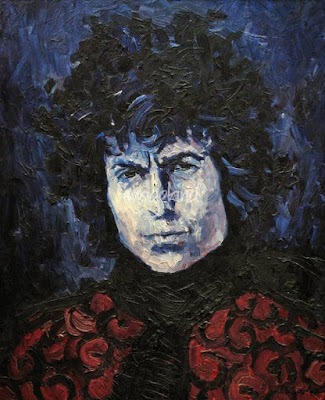 Did Bob Dylan deserve the Nobel Prize for Literature? Not to those who feel that an award for literature cannot be based on writing popular music songs and publishing a book on prose poetry. While Dylan’s influence on rock music cannot be denied, he nonetheless serves as a lightning rod for contentious debate and polarized views.


For many, Bob Dylan, nee Robert Zimmerman, is a living legend and quite simply a genius. He is an American icon; one in a long line of unique characters hailing from a culture where the capacity for self-invention is seemingly limitless.  In this case, Dylan, the descendant of eastern European Jews raised in a small town in the American Midwest became an important figure in an age of tumultuous social change during which there was a marked evolution in the forms of popular musical expression.


One revolutionary aspect of Bob Dylan’s early career was his part in nullifying 'Tin Pan Alley'-style lyrics as the only viable vehicle for expressing popular music. This ‘Shakespeare in the alley’ changed the way rock musicians could write songs. Think of the imagery he conjures in songs like "All Along the Watchtower", "Jokerman" and “Blind Willie McTell”. His influence on fellow musicians was profound. Think of the Byrds and the Beatles for starters.


And don't forget that sounding like a screeching, electrocuted poor kitty cat didn't stop that controversial aspect of his package from being influential. Fans of Jimi Hendrix should give Dylan a lot of credit for inspiring him to sing. Hendrix, the story goes, was self-conscious about his voice and only really took to singing because he felt that he stood a chance if the whinny-voiced Dylan could become successful in the business.


But Dylan has always been a polarizing figure right from the time he plugged his guitar into an electric socket. The folk purists never forgave him. Also unforgivable to many of the ideological Left was his support for political Zionism clearly enunciated in the song 'Neighborhood Bully'. Dylan, they claim had praised Meir Kehane and never retracted this even though the two major bodies that Kehane founded, the Jewish Defense League and the Israeli Kach Party, were both extremist organisations which were later proscribed.


And of course, unforgivable to many is the perception of Dylan as a sell-out to the values to which he had professed as he was propelled to fame and fortune. They argue that he imitated the folk hero activist mantle of Woody Guthrie and Pete Seeger but only used the protest movement as a pathway to personal enrichment and a means of opening the door to membership of the social elite. In this way, Dylan, it is argued, is no better than those purveyors of the 1960s ‘counter culture’ who had by the 1980s reinvented themselves as agents and functionaries within the capitalist system.


The popular view of Dylan as a rebel has worn thin with the passage of time. Songs of social protest gave way to ruminations of a personal and religious form. It is fair to say that Dylan did not have to bear the turmoil of threats to his life and livelihood as did the musician purveyors of Tropicalismo who had to flee from the clutches of the Brazilian military junta of the 1960s and 1970s, or the Nigerian Fela Kuti who suffered beatings and imprisonment at the hands of successive military governments or Bob Marley who survived an assassination attempt by gunmen with a political motive.


If the question were asked as to what tangible change a political musician such as Jackson Browne achieved from his protests on behalf of the environment and against the United States backed authoritarian governments of Latin America, the response might be that Dylan did not even bother trying.


Dylan’s award of the Nobel Prize is not its first controversial award. The committee’s award to Barack Obama that of its Peace Prize was criticised since the incoming president had not presided over any successful peace initiative. The award of that prize to the former Irgun terror chief Menachem Begin and Anwar Sadat, who as a young Egyptian officer had been willing to cooperate with the advancing Wehrmacht if they could secure his country’s independence, while based on an unexpected peace treaty in a troubled region, was in time criticized by those who believe that only a comprehensive peace settlement and not separate treaties will bring true and lasting peace to that area of the world.


There has always been the suspicion of a political basis in regards to Nobel awards. Does the committee favour those who work within the English language above others? Are developing countries given a fair appraisal? There are suspicions of a rotation system among the continents. For instance, when Japan was about to receive its first award for literature, it was felt that Yukio Mishima, the most prominent Japanese writer of his time was the favourite. But Mishima later ruled himself out of contention when he discovered that his early mentor Yasunari Kawabata was in the reckoning and wanted consideration. Kawabata won. Mishima had written a note of recommendation to the Nobel committee in Kawabata’s favour and died having correctly prophesized that when Japan’s ‘turn’ came again, it would be his rival Kenzaburo Oe who would be the more likely to succeed.


The award to Bob Dylan is baffling. While it is true that Dylan has, as the committee cited, created “new poetic expressions within the great American song tradition,” song lyrics are not poems and many poets may tend to eschew the use of instruments as part of their range of expression. He has only written one book of prose poetry and an autobiography. Meanwhile, those writers who have been genuinely innovative and experimental in form and content have been ignored.


Perhaps the members of the Nobel Prize giving board are just sentimental old hippies.