The Syrian War and the Question of an American Mutiny 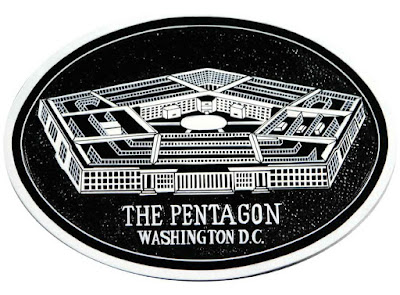 A recent press conference given by US Army General Mark Milley, the present serving army chief of staff reminded me of the fictional character played by Burt Lancaster in the 1964 movie 'Seven Days in May'. That film posited the scenario of James Scott (the Lancaster character) as a Chairman of the Joint Chiefs of Staff who, disgruntled about the serving president's perceived weakness in seeking a treaty with the Soviet Union, plots to overthrow the civilian government.


'Seven Days in May' was based on a book that drew its inspiration from real life American political and military figures in the early 1960s during the Cold War. At that time Right-wing, verging on fascist-leaning generals such as Army General Lyman Lemnitzer the supremo at the Pentagon and Air Force Generals Curtis LeMay and Tommy Powers dominated the Pentagon. A Major General named Edwin Walker actually tried to indoctrinate troops under his command with the teachings of the Right-wing John Birch Society.


It was in the prevailing atmosphere of fervent anti-communism at the time that these generals sought to undermine and even plot to overthrow the government of President John F. Kennedy. This view was not limited to a few senators and journalists of the time. The Kremlin apparently believed this to the extent that it is claimed to have influenced Nikita Khruschev's decision to reach the settlement that he did with Kennedy over the Cuban Missile Crisis. The Soviets feared a US military government would make the issue of a nuclear war not merely a possibility, but one of absolute certainty.


Lemnitzer is said to have believed in the theory espoused by military strategist Herman Kahn that the United States could win a nuclear war by a first strike attack. LeMay, who in 1949 drew up plans to destroy 77 Russian cities in a single day of bombing, was on record as inviting a war with the Soviet Union and admitted that Tommy Powers, to whom he had variously referred to as “not stable” and a “sadist”,  was even more hardline than he was. All three felt that Kennedy was weak in failing to invade Cuba and giving the Soviets the secret undertaking not to invade the island in return for the removal of Soviet missiles from Cuba.


Arthur Schlesinger Jr., one of JFK's team would later admit that "we did not control the Joint Chiefs of Staff".


That appears to be the situation today.


There is evidence that President Barack Obama and Secretary of State John Kerry are being undermined not only by figures in the present Pentagon such as General Milley and General Joseph Dunford, the current Chairman of the Joint Chiefs of Staff, but also by the Secretary of Defence, Ash Carter. For much of the available evidence points to the recent bombing by United States and NATO forces of Syrian Army placements in the eastern province of Deir al-Zour which killed over 60 and wounded over 100 Syrian soldiers as being far from the officially announced accident, and instead was a deliberate action designed to destroy the Kerry-Lavrov ceasefire and also to enable Jihadist forces to mount a ground offensive against the Syrian Arab Army.


It is a longstanding policy of the United States to use Jihadist groups as proxies against their enemies. This was successfully achieved in securing the withdrawal of Soviet armies from Afghanistan as well as in overthrowing the regime of Colonel Gaddafi in Libya. The government of the United States has been applying the template of this policy in Syria despite its official anti-Jihadist stance and anti-ISIS propaganda. The Russian intervention has shown this to be disingenuous. This is why Russia is an enemy and the United States does not want Aleppo to fall to the Syrian Arab Army.


The US generals are hardly likely to be ignorant of this cynical geo-strategic policy of US covert support for ISIS, Jabhat al Nusra and virtually all the Sunni rebel militias. The ridiculous notion of the existence of 'moderate' rebels; one which has been roundly discredited at various intervals since the beginning of the Syrian conflict, was resuscitated recently and formed the basis of US arguments against Russia targeting all rebel positions in the vicinity of Aleppo.


Russian air power has been instrumental in enabling the Syrian Arab Army to reclaim Syrian territory lost to Jihadi groups such as Islamic State and Jabhat al Nusra. Therefore calls by administration figures such as Ash Carter and politicians such as Senator John McCain, Hillary Clinton, Tim Kaine and Donald Trump's running mate Mike Pence, for a 'No Fly Zone' are an invitation to war with Russia. This was confirmed by General Dunford’s unambiguous statement before a Senate Committee that such a declaration “will mean war with Russia.” It would also serve the interests of Jihadist groups.


But a crucial point which has not received much focus in the American mainstream press is the import to be taken from words uttered by America’s most senior general at the aforementioned Senate Armed Services Committee hearing on US strategy in the Middle East which took place on the 22nd of September. A report by Reuters of the congressional hearing noted that Dunford had stated that it would “be unwise” to share intelligence with Russia, and further, that Dunford had stressed that it would not be one of the military’s missions if Washington and Moscow were to ever work together against Islamist militants in Syria. When asked if he would support the proposal on intelligence sharing with Russia agreed upon by John Kerry and Sergey Lavrov on the 9th of September, Dunford responded “We don’t have any intention of having any intelligence sharing arrangement with the Russians.”


Both Dunford and Carter openly contradicted the official policy at the hearing and General Milley's recent sabre rattling press briefing which included a not so veiled threat to Russia when he promised to "destroy any enemy, anywhere and anytime", provides ample illumination on the attitude of US military leaders towards the notion of cooperating with the Russians in Syria or elsewhere. It certainly opens serious questions about the purportedly accidental attack on the Syrian Army which is said to have lasted for over an hour.


If army generals like Dunford and Milley are disobeying orders and policy instructions from the White House, both should be dealt with under the provisions contained within the United States Uniform Code of Justice as pertain to the usurping or overriding of military authority. A strict application of military custom should have had both reprimanded and instructed to disavow their words failing which they should be demoted, court martialed and dismissed from the service. In fact, mutiny is technically punishable by death; presumably in this case execution by firing squad.


Barack Obama did in the past remove generals who disagreed with him, a notable example being that of General Stanley McChrystal. His inaction on this matter may be due to the 'lame duck' status all presidents acquire in the last months of their presidency. While Obama's policy remains the longstanding American position on using Islamist militias to overthrow Arab regimes which do not act in accord with the wishes of the United States and Israel, it is difficult to believe that he would want to go down in history as the president who started World War Three.

Posted by Adeyinka Makinde at 16:31