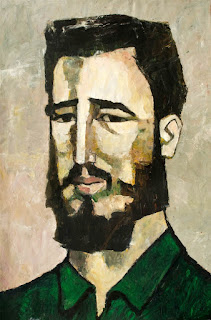 He was one of the dominating figures in world politics and global events of the 20th Century: The Cuban revolution was a stunning part of the post-war anti-colonial movement. The Cold War brought the Bay of Pigs, the Cuban Missile Crisis and Cuban involvement in proxy wars in Angola & Ethiopia. He was also a key figure in the attempt to breathe life into the non-aligned movement.
Domestically, and commencing with a bloody purge of the ancien regime, he was at the heart of social and economic reform not seen in Latin America since the time of Bolivar. Economic and social freedoms were compromised but accompanied by astounding developments in health and education.
And just as the Cuban system survived a long-term US-led embargo and the disintegration of the Soviet bloc which had followed in the wake of Gorbachev inspired 'perestroika' and 'glasnost', Fidel Alejandro Castro Ruz, it must be said, was the ultimate political survivor.