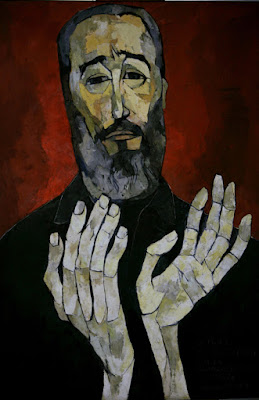 Sympathetic obituaries expressed by politicians, activists and intellectuals of the recently deceased Fidel Castro will doubtless be slated by those who claim that the political Left is blind so far as despotism, oppression and ideologically inspired maladministration is concerned with Left-leaning revolutionaries.

Fidel's charisma cannot cover up the failures of his Marxist inspired system of governance they will argue. Where pro-Castro ideologues and other sympathizers will argue that Fidel saved Cuba from being the perennial Caribbean whorehouse of exploitative US corporations and organized criminals, the political Right will assert that Augustino Pinochet saved Chile from becoming a pit of Marxist misery.

It is worth briefly exploring the notion of there been an equivalency between the fortunes of Cuba and Chile under the leaderships respectively of Fidel and Pinochet.

After the trials and executions which followed the overthrow of Fulgencio Batista, the level of coercion used by the Castro government diminished and was nowhere near the level of state sponsored violence employed by the Chilean junta which was among the Right wing Latin American military dictatorships that implemented 'Operation Condor'. The evidence garnered from the research undertaken into this project aimed at neutralising political opposition clearly demonstrates that the  homicidal violence and systems of torture applied in countries such as Argentina and in Chile was widely disproportionate to anything in Fidel’s Cuba save for the immediate aftermath of the revolution.

Furthermore, the violence of the Pinochet regime’s battle against Marxist guerrillas and intellectuals was indicative of the great level of resistance against Pinochet while Castro was and still is a largely beloved figure among most of the resident Cuban population.

It has also been strongly argued that the economic success Chile began to experience in the 1980s owed more -if not everything- to the policies implemented at the time and not to the inhumane levels of unemployment and widespread hardship caused by the shock therapy administered during the previous decade in the aftermath of Allende's overthrow.

Pinochet is said to have gloated over the death of Fidel's friend and co-ideologue, Salvador Allende whose government he violently overthrew in 1973, by claiming that Allende had committed suicide at the La Moneda presidential palace using a rifle given to him as a gift from Fidel.

But if he held out hope that the same fate would befall his 'rival' Fidel he was wrong. Fidel outlasted the US-backed military juntas and other authoritarian regimes of Latin and Central America and saw the coming to power of Left-leaning governments in the region including the Bolivarian revolution of Venezuela's Hugo Chavez. He survived a crippling American trade embargo as well as the difficulties caused by the collapse of the Soviet Union and the coming of an age of US-dominated unipolarity.

His revolution is considered a cornerstone of the post-war anti-colonial movement. And after enduring the trials of the Cold War through the Bay of Pigs invasion, the Cuban Missile Crisis and numerous CIA-sponsored assassination attempts, Fidel endeared himself not only to Western Left-wing intellectuals but to many in the Third World for breathing life into the non-aligned movement.

He also won the gratitude and admiration of many on the African continent where Cuban soldiers shed blood during the Angolan Civil War; a classic Cold War-era proxy war waged between American and Soviet assets, and importantly one in which the Cuban armed forces inflicted a defeat on the South African Defence Force in the Battle of Cuito Cuanavale.

Fidel was a dictator at the head of a one party system through which personal freedoms were curtailed and the operation of a planned economy had great ramifications for individual initiative.

But the genesis of Fidel from romantic revolutionary leader of the Sierra Maestra into the head of an Island fortress who aligned himself with the Soviet Union is one that still exercises analysts of the Cuban Revolution. While some assert that he was a communist from the very beginning, others claim that he was simply a Cuban nationalist imbued with an agenda which would be predicated on reforming economic inequities and fostering social justice.

The former school of thought finds justification in his political alliances with his brother Raul and the Argentine revolutionary, Che Guevara. Both believed in the tenets of Marxist thinking, with Raul growing closer to the Soviet Union and Che favouring Maoist China.

The latter viewpoint maintains that Fidel was forced into the arms of the Soviet camp by American hostility which in the Cold War period automatically ascribed communist leanings to most national liberation movements. It is a perspective also accommodating of a rationale for Fidel’s decision to turn Cuba into a closed society.

‘Open’, democratic  societies, Fidel and Che had noted had been susceptible to infiltration and destabilisation by covert action undertaken by the Central Intelligence Agency in the overthrow of governments in Iran and Guatemala.

Since a democratised Cuba with a free press and independent non-governmental organisations could only make itself vulnerable to manipulation by the intelligence agencies of the imperialist powers, Fidel, who had closely studied the overthrow of Jacobo Arbenz in Guatemala, made a commitment to forswear the development of an open society if he came to power.

The trappings of a totalitarian state were evident. The purge at the outset of his coming to power was as violent and arbitrary as Mengistu’s ‘Bloody Saturday’ or episodes of Soviet state terror during the Yezhovchina.

Also, the fall and eventual execution of General Arnaldo Ochoa, Cuba's most decorated soldier, was a troubling episode which despite Fidel's explanations, a significant many believe was orchestrated to scapegoat a hero of the Cuban Republic in order to ensure that Fidel and his brother Raul saved face.

While his enemies, many of whom developed and entrenched a formidable level of political power in the US state of Florida, would say that his control of certain state land and properties equated to the amassing of great personal wealth, Fidel is viewed as a fearless and selfless liberator for the oppressed masses of Latin America and Africa.

That he could transform his country from being a private bordello of US corporate gangsters and Mafioso to one possessing a first class health service and education system is evidence of his having been a force for the betterment of his people.

In raising Cuban society from the moral and economic cesspit of foreign domination and exploitation as well as in showing the sort of courage few African, Latin American or other leaders from the developing world could muster in standing up to imperialism, it is Fidel more than any authoritarian figure to the Left or Right of the political spectrum who for many reasons will leave a positive legacy whatever the shortcomings of his revolutionary government.