Brexit: A Constitutional Argument for Completing the Process of Withdrawal from the European Union 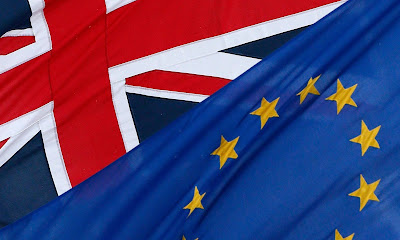 The recent decision by the High Court in favour of an action brought to challenge the government’s decision to use powers under the Royal Prerogative to trigger article 50 of the Treaty of Lisbon, which would effectively bypass Parliamentary supervision and approval, has reopened the often bitterly polarised debate among Britons over its association with the European Union. The challenge is largely seen by those in the ‘Leave’ camp as a strategy geared towards frustrating the United Kingdom’s exit. It is also correct to say that many in the ‘Remain’ camp see this move in much the same way, given the pro-European Union views of the applicants and their backers. However, while over 70 per cent of Members of Parliament were in favour of remaining in the European Union, there are strong constitutional arguments which endorse the position that Parliament, although the sovereign body within the United Kingdom, would be going against constitutional propriety if it sought to reverse the result of the referendum vote.

I presume that I have not been the only lecturer in constitutional law who has been inundated with queries from students about the mechanism of triggering Article 50 and Britain's withdrawal from the European Union. Is the referendum binding or can Parliament refuse to go through with withdrawal from the EU? My response was and continues to be that there is no specific rule which states that a referendum is binding on Parliament which in British constitutional theory is sovereign.

As A.V. Dicey asserted, Parliament can make or unmake any law and no other body within the United Kingdom can overrule its decisions. Further, the result of the referendum is, as even Nigel Farage concedes, 'advisory' not 'binding'.

There have of course been grumblings about the closeness of the vote, and also that both Scotland and Northern Ireland voted majoritively in favour of remaining in the European Union.

However, my position is that the referendum vote is required to be upheld and that Parliament, notwithstanding that a majority of its members favour ‘Remain’, is obligated to oversee the withdrawal of the United Kingdom for the following reasons:

1. The previous referendum over continued European Union (then European Community) membership in 1975 was upheld and Britain duly remained in the organisation. Therefore as a matter of precedence, the decision to leave should be followed through.

2. The fact that Britain had to call for a referendum over whether the European Communities Act (1972) should be repealed indicated that the will of the people would be given precedence.

The doctrine of Parliamentary Sovereignty essentially means that law, even those with constitutional significance, can be repealed by a simply majority vote in Parliament.

In a country such as the United States which has a written constitution with the attendant express distinction between constitutional and ordinary law, this would be impossible.

Constitutional rules are, to use the technical term, 'entrenched'. In other words, they can only be changed through a special procedure which usually needs to have a healthy majority such as two-thirds consent.

The referendum requirement was an admission that the European Communities Act was effectively entrenched and that a vote by the people, the equivalent of a special procedure utilised by nations with codified constitutions, would decide whether to continue or reject the Act which gives up British sovereignty to a supra-national entity.

3. The referendum should be upheld and Britain should proceed with withdrawal on the basis of what is known as 'political sovereignty'. 'Legal sovereignty', that is, the power vested in a body with supreme law-making power in a country, rests with the United Kingdom Parliament. Its law making powers have no limitations so far as subject matter, geographical competence and time range are concerned. In fact, Parliament, to borrow a phrase used by King Charles I, historically possesses a "universal over-swaying power".

He continued thus, "This is the political sovereign. In democracies, the legal sovereign receives its authority from the electorate, whatever be the basis of the right of vote, and is answerable to it for the exercise of its powers."

In other words, Parliament is itself subject to the will of the people at regular intervals via the electoral process. Fresh mandates are sought after the expiry of a full term of Parliament or even -the Fixed Term Parliaments Act of 2011 notwithstanding- before such expiry.

While it would be correct to characterise Members of Parliament as being the representatives rather than the delegates of their electors, it is pertinent to remind that Parliament makes laws based on policies broadly approved by the electorate.

If the argument that political sovereignty lies with the electorate is accepted, then the specific device of the referendum serves as a special mechanism through which Parliament is obliged to effect the will of the people. While the referendum is not binding, it arguably represents a conscious transfer of decision-making power to the people. Therefore overturning the result of the referendum would be unconscionable.

5. A simple majority vote has to be respected. The referendum vote while fairly close at 52 to 48 per cent in favour of exiting the European Union should not intrinsically serve as grounds for disputing the legitimacy of the result. While a much more decisive margin in favour of either 'Remain' or 'Leave' would have been welcome, the electoral culture of the British political process which is dominated by the 'first past the post' system has ensured that Parliament has received electoral mandates from the slimmest of majority votes. In fact, the system enables the winner of the 'largest' number of votes among election candidates to prevail over others whose combined votes may surpass that of the winner.

The uproar over the recent High Court ruling in favour of Parliamentary input into the terms of withdrawal is essentially one which is fearful of the possibility that Parliament could exercise its sovereign powers to ignore 'Brexit' and remain in the European Union.

There is a great deal of merit to the argument that Parliament, as the sovereign law making organ of the land and representative body of the electorate should be fully involved in the process of triggering the mechanism for Britain’s withdrawal as well as negotiating the details of the withdrawal before it formulates a great repeal bill.

It is Parliament after all which passed the relevant Act which took Britain into the then European Community and the detailed conditions of Britain’s departure which would define the nature of the country’s relationship with the European Union after departure should arguably not be left to the executive branch of government exercising powers under the ancient Royal Prerogative.

That said, there is also logic in the counter-argument that since the prerogative power related to the signing of treaties was used in signing the Treaty of Accession in 1973 which formalised the United Kingdom’s entry into Europe, there is nothing inappropriate in utilising the same power to trigger the process of the country’s withdrawal.

It is possible for Parliament to be involved in the process of triggering article 50 while remaining faithful to the referendum decision to leave. It would also be incumbent on the government to follow through with the United Kingdom’s exit if the High Court’s decision is overruled by the Supreme Court.

However, Britain operates under the auspices of an inherently flexible uncodified constitutional system of governance, and this factor taken together with the polarised circumstances over the terms of Britain's association with Europe may be enough to temper any assumptions of an absolutely correct theoretical approach to this matter.