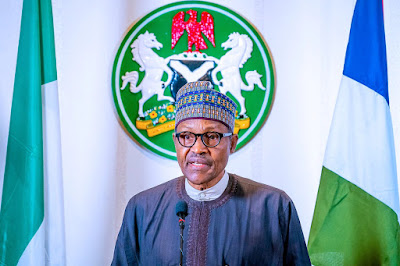 “Many of those misbehaving today are too young to be aware of the destruction and loss of lives that occurred during the Biafra war. Those of us in the fields for 30 months, who went through the war, will treat them in the language they understand.”

I have a nuanced view about the action taken by Twitter to remove the tweet by the Nigerian President earlier this month.

1. I understand the anger and displeasure felt by many because:

(a) Buhari’s tone was in keeping with the violent culture of Nigeria’s security apparatus which as the SARS protests highlighted is one which has been historically disproportionate in response and undiscriminating in effect on guilty parties and innocent bystanders.

(b) Buhari’s comments were appropriated from an earlier speech in which he was specifically responding to the violent acts against state personnel and property in the South East of the country by the Eastern Security Network (ESN), an armed counterpart of the secessionist organisation, the Indigenous People of Biafra (IPOB). His choice of words relating to the “language they understand” is seen by many in the ethnic Igbo-dominated South East as the reflecting the sentiments of the atypical Northern Nigerian oligarch who orchestrated the murder and maiming of thousands of innocent Igbos in the North during the pogroms of the 1960s.* The ensuing civil war with secessionist Biafra which witnessed mass starvation, is still viewed by many Igbos as a continuum of the brutality that had been unleashed on them prior to the war.

(b) Many pointed out that Buhari’s tone in relation to the acts of lawlessness in the South East is missing when he has addressed issue of the Islamist perpetrators of mayhem in the North East of the country where an insurgency by Boko Haram and lately the Islamic State has led to continuing instances of mass murder and a large level of population displacement. They also charge Buhari with being silent about the atrocities perpetrated by Fulani herdsmen in clashes with farming communities around Nigeria. Himself an ethnic Fulani, Buhari is often accused of tribalism and ineptitude in his handling of this matter, which like the Islamist insurgency is becoming one of longstanding duration.

2. However, the other important aspect of this incident concerns the power of the Big Tech corporations Twitter, Facebook, and YouTube, which are all monopolies. Their interference in the privacy rights of their subscribers is well known. But another pernicious aspect of the conduct of these corporations is the power which they attempt to wield in relation to countries. For just as they have cooperated with the US government and powerful corporations in infringing the privacy rights of their subscribers, so it is the case that the Big Tech companies have been accused of interfering in the affairs of sovereign nation states by either doing the bidding of the United States government and its intelligence community** or by pushing a decidedly “liberal agenda” on the rest of the globe.

It is worth concentrating the mind on whether they are qualified to act as an arbiter in what they claim to have been a form of “hate speech”, but which others see as the inalienable right of the head of a government to address the violent actions of a proscribed organisation.

So, while I understand the doubts of some and the revulsion of others at the words of President Buhari, it is important to bear in mind the wider issues related to the intolerable attitude of the Big Tech giants whose self-designated powers pertaining to censorship and political umpireship must be scrutinised and where appropriate should be challenged.

* The communal violence was a counterpart to the interethnic rivalry within the army in which a coup d’état led by predominantly ethnic Igbos was followed by a Northern-led reprisal coup six months later.

** For instance, in the fomenting of so-called colour revolutions.

Posted by Adeyinka Makinde at 14:42