Review of Manning Marable's Malcolm X: A Life of Reinvention 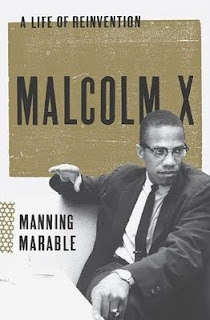