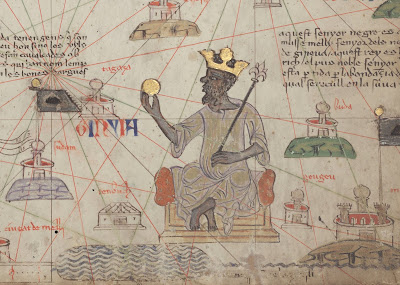 Mansa Musa, Emperor of Mali depicted in the Catalan Map (Circa 1525) 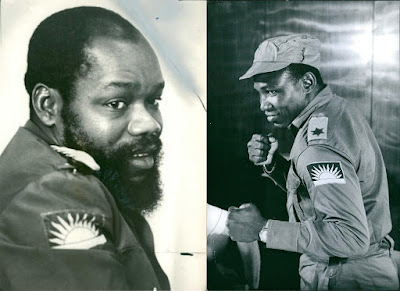 I wrote a letter to his Queen’s Drive, Ikoyi residence (Villaska Lodge) enquiring about the possibility of interviewing the man who was the leader of the Biafran secession for my planned book on Richard Ihetu, the boxer “Dick Tiger”, who renounced Nigeria and declared his support for Biafra.

His secretary, Chief S.N.C. Ezeugwa wrote back from Enugu in an airmail letter dated February 23 1999:

I have been directed by his Excellency, Dim. C. Odumegwu-Ojukwu to refer to your letter of 14th December 1998 and to wish you success in your project - (the) Biography of the late Richard Ihetu a.k.a. Dick Tiger.

He would have like(ed) to have assisted you in the areas mentioned, but due to his crowded daily schedule it is not possible. However, he has graciously agreed to give a tribute to the book.

Please confirm that this is acceptable to you.

I wish you God’s continued protection and guidance.

Alas, it never came to pass. I never received another reply to my follow up letter from Chief Ezeugwa.