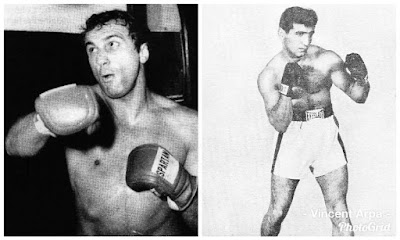 In North New Jersey, most of the Mafiosi owed allegiance to the Genovese, the family which traced a direct line to Luciano himself, and before Luciano to Guiseppe ‘Joe the Boss’ Masseria, one of the so-called antiquated heads known as the ‘Moustache Petes’ whom Luciano contrived to eliminate and pave the way for the modern Mafia with its ruling national commission.

It was written after his shooting that long before he made it to the Garden, Frankie had developed “cherished friendships in the high society of the Jersey City streets” particularly, it was alleged, among the “soldiers and followers” of Joseph Zicarelli. The local ‘wise guys’ could always make good use of the neighbouhood toughs and none came tougher than Frankie. Most of the gangsters who featured in Frankie’s life were Genovese. The Moscato, from the Mount Carmel area of the city, were suspected of doing a lot of dirty jobs for the ‘big boys’, and frequently came around the pool hall looking for Frankie. Even Frankie appeared to be cautious of them. Another figure with whom Frankie dallied was John DiGilio. DiGillio, an ex-middleweight boxer, was in charge of the Hudson County Genovese crew which in turn was under the overall command of Bobby Manna. He would remain an important figure within the Genovese power structure until his decomposing body was discovered in 1988 in a mortician’s bag floating in the Hackensack River. Two bullets were lodged behind an ear. DiGilio, who was based in Bayonne, specialized in many things including loan sharking; an activity for which he was facing a sentence at the time of his demise. One Jersey City native  who borrowed $111 from DiGilio ended up paying him back $3,000. A person who missed a payment would have to pay a penalty which rose by about $25 a day. After that, “You owed them your fucking life.”

- Excerpt from “The Garden”, Chapter Three of Jersey Boy: The Life and Mob Slaying of Frankie DePaula by Adeyinka Makinde published by iUniverse in 2010.

Posted by Adeyinka Makinde at 22:03 No comments: