"This is a British Embassy and it will be defended as such": The Death of Francis Cromie 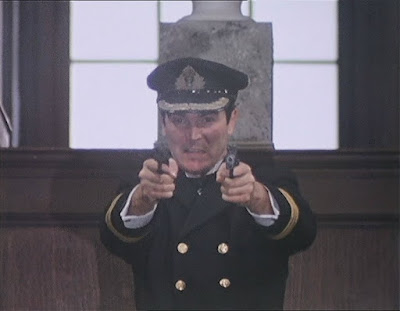 Francis Cromie (played by Barry Stokes) opens fire on Bolshevik gunmen invading the British Embassy in Petrograd, Russia in a fictionalised scene from the episode “End Game” in the TV series Reilly: Ace of Spies (1983)

Francis Cromie (1882-1918), a Royal Navy officer, who Winston Churchill once referred to as “a man of great abilities” is today a largely forgotten figure.

Although his death made news headlines across the world, his extraordinary life has only had a minuscule of exposure to a wide audience; the most significant been through a fictionalised depiction in the 1983 British television drama series, Reilly: Ace of Spies. Cromie, who attained the rank of Acting Captain, was portrayed as a commander.

Cromie died in a hail of bullets on Saturday, August 31st 1918 during an invasion of the British Embassy in Petrograd by Bolshevik forces angered by British efforts aimed at overthrowing the government established by Vladimir Lenin. It was the day after Lenin had been shot and seriously injured by Fanny Kaplan in an assassination attempt as he was entering his car after giving a speech at the Hammer and Sickle, a Michelson arms factory in south Moscow. And British troops were at the time fighting on Russian soil as part of an expeditionary force which, while ostensibly to promote British interests in securing the use of Russian ports for the supply of munitions to Czech forces to enable the re-opening of the war effort on the Eastern Front, was interpreted as a hostile intervention in the Russian Civil War.

Cromie had become involved in the intrigues of two men who aimed to extinguish Bolshevik power: Robert Bruce Lockhart, a British Foreign Office diplomat and Sidney Reilly, the legendary “Ace of Spies”, who was working for MI 1(c), the precursor of MI6.

His portrayal in the aforementioned series as an officer who is vain, punctilious and stubbornly dedicated to duty veers into the cartoonish, but, perhaps, contains elements of truth. His dedication to duty as a Midshipman fighting during the Boxer Rebellion earned him a mention in dispatches and as a pioneer submariner won him the Distinguished Service Order (DSO). He was also decorated by Tsar Nicholas II. And while the hair-combing fop of Reilly who stands alone on top of a grand staircase with two guns in hand as he is gunned down by Cheka agents is decidedly over the top, he did oppose the intrusion and, according to the British Foreign Office, Cromie killed three of the intruders before succumbing to overwhelming firepower.

There was much more to the man than a fleeting appearance in the series could portray. He was a skilled negotiator who earned the respect of friend and foe alike. The Boston Globe edition of Friday, September 6th 1918 reported that “during the Russian revolution, he handled the situation with the greatest tact and earned the respect of the Extremists for his fair dealing.” Nicknamed the “Blue Pimpernel” for his actions in saving many lives during the revolution, Cromie’s funeral cortege prompted a spontaneous formation and salute from the ranks of the new Soviet Navy as it made its way along the banks of the River Neva. 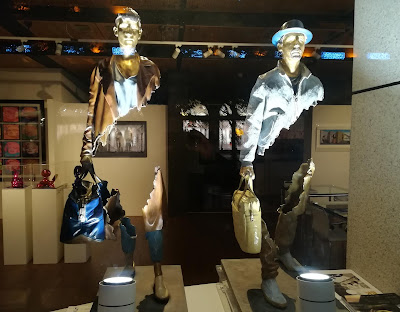 Posted by Adeyinka Makinde at 16:37 No comments: 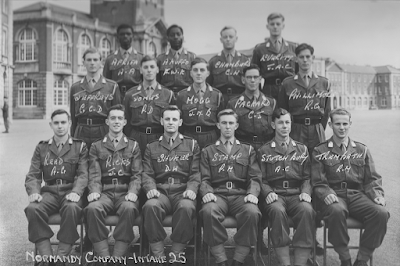