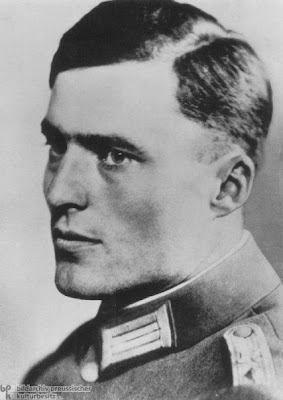 There is of course much to be said about Hollywood’s typically ruthless view of history. From the monumental epics created by DeMille and Bronston to the putatively ‘true-to-life’ depictions administered to the stories of the likes of the boxer Rubin ‘Hurricane’ Carter, film making; when it strays into the realm of historical and biographical material, is apt at creating controversies which raise the typical allegations of simplification, distortion, and even outright fraud.


But part of the art of the consummate movie maker involves taking -to use the overused euphemism- ‘dramatic license’. For many reasons which are valid such as that relating to the inherent limitations of cinema time, story lines often require tinkering and tailoring in order to aid the development of the plot and the cohesion of characters.


Characters may have to be fused, experiences swapped or events brought back or forwards in time as happened variously in acclaimed adaptations of the lives of the boxer Jake LaMotta in Raging Bull and Joseph Pistone, the Mafia infiltrating undercover FBI agent, in Donnie Brasco.


In Raging Bull, the character attributed to LaMotta’s brother was actually that of his cousin –Martin Scorsese feeling that a sibling form of kinship would play out better- and in the denouement of Brasco, the final scene implies that it is ‘Lefty Guns’ Rugerri, the soldato who unwittingly nurtured Brasco, who is killed for having let an informer into the Bonanno family when in fact it was the caporegime Sonny Black Napolitano who got the bullet.


The cause of achieving veracity and exactitude, while laudable is not always sound when applied to the tried and tested precepts of fashioning good cinema.


So it is the case that certain films can be handsome but lacking in accuracy, while others, though sound in factual content, may induce varying states of slumber as was arguably the case with Robert Rossen’s misbegotten effort in attempting to suffuse the epic genre with intellectual pretensions in Alexander the Great.


The announcement of Tom Cruise’s involvement in a project covering the events of 20th July 1944 when a group of German military officers attempted to assassinate Adolf Hitler did not at first ring true to many. Surely, the rendition of an event of such historical magnitude demanded a lead actor who could be universally ascribed with the bona fide credential of being a ‘serious’ thespian; a mould into which Cruise’s recorded repertoire of acting skills does not fit.


Added to that was the designation of Bryan Singer, whose resume is littered with miscellaneous involvements with adaptations of comic book characters such as X Men and Superman, as the director.


The presumption was that any project dealing with this moment of rebellion must feed on and grapple with high notions of nothing less than the struggle for the soul and the destiny of a nation, of heroism in the midst of totalitarianism, of the morality of using violence to unseat a leader who although leading his nation into the abyss still somehow managed to exercise a firm grip on a populace who had shown few signs of mass disobedience and still fewer signs of an enthusiasm for a change of regime.


For an uncomfortable legacy of this attempt among many Germans who lived through the war years was the perception that whether right or wrong, the July plotters had weakened the nation when it was surrounded by enemies and thus were ‘traitors’.


It is by bearing these matters in mind that one appreciates the apprehension felt by serious students of history and the rationale that they would find it intolerable to have the events leading up to July 20th played out as a comic book excursion into the pyrotechnical excess that is the standard fare of Hollywood.


The choice of Cruise was from the outset startling for more than a few reasons. His range as an actor is often derided. While he may have outgrown his ‘Brat Pack’-era origins and won praise for his offerings in Rain Man, The Color of Money and particularly, Born on the Fourth of July; the considered opinion tends to view him as a lightweight; as one most effective in plying his trade within the narrow confines of action-adventure vehicles.


Then there were the reservations as to how he would vocalize the role of Claus Graf Von Stauffenberg, the aristocrat colonel who was at the heart of the attempted putsch. It is something of an established tenet that the upper-class British accent forms the lingua franca of the high-born European heroes portrayed in Hollywood movies and that the lead actor, if he is American, approximates this ‘standard’.


There were also misgivings by the family of the late count publically expressed by his son, a retired general in the Bundeswehr , who preferred for Cruise to “climb a mountain or go surfing in the Caribbean” than to play his father. This he admitted was partly due to Cruise’s spiritual affiliations.


The German nation is particularly sensitive to the Church of Scientology which is largely viewed as a cult which is well versed in the rites of brainwashing its adherents in a manner many choose to analogize with the Nazi past. The question was would Cruise, a powerful figure in the movie business, use the movie as means of propagandising Scientology?


Filming was made difficult by the initial refusal of the municipal authorities in Berlin to grant the producers permission to shoot in a number of locations including the site of the former army headquarters where the coup was dramatically played out in the aftermath of the explosion at Hitler’s forward headquarters in East Prussia.


Then there were delays in the release dates rumoured to be due to a number of unsatisfactory takes which had been canned and required re-shooting. Other whispers referred to a change in marketing strategy.


The results are interesting. No movie can capture all the complexities of character and the influences upon a central figure of which Colonel Stauffenberg is and this one is no different.


But what it does set out right from the beginning of the movie is the plausible premise that most Generals of the Wehrmacht felt straight-jacketed by an oath of fealty they had sworn to the fuehrer and as such would not partake in a plot to eliminate Adolf Hitler.


It is an arguable point that many Generals from the Prussian ‘Junker’ class, inculcated as they were with a rigid belief structure of service and obedience, would not have countenanced undertaking a treasonable act against the chief of state whether or not they had sworn an oath. Stauffenberg was not of this breed, being a member of the Swabian aristocracy from southern Germany and a Catholic.


There was a religious-spiritual impetus behind his resolve and, some will argue, a form of moral angst at the degeneracy of the Nazi regime which was generated by his esoteric immersions with a group associated with the German mystic Stefan George whose 1907 poem, The Anti-Christ is interpreted as a foreboding of the rise of Hitler.


Indeed, while the scriptwriters choose “Long live our sacred Germany” as his final words before he was cut down in a hail of bullets, others believe him to have uttered the words ‘secret Germany’, which invoke another work by the poet.


The film of course does not delve into such matters but sets out his thinking in narrative style as he writes a diary in his field tent while on active service in Tunisia. Thus, Stauffenberg’s experience of witnessing the slaughter of troops while serving in the North African theatre in 1943, and hearing of the atrocities perpetrated by the regime form the basis of an uncomplicated rationale for his future involvement in the plot. Singer ensures that the germination of the plot progresses at an agreeable pace as the time of reckoning approaches.


It correctly portrays Stauffenberg as a man of immense drive and noble purpose who though joining the conspiracy at a later stage and severely debilitated by his battle injuries, becomes its undisputed leader who prods, cajoles and instructs his comrades and who is deferred to even by those of senior rank.


Cruise’s performance, while not a tour de force, is at least suggestive of the spell Stauffenberg cast on those around him. Stauffenberg was reputedly the only man ever to withstand the intense glare normally administered by Adolf Hitler to those who were introduced to him for the first time at military briefings. The fuehrer, it is said, opted to avert the ‘reply’ stare from the then uninjured count.


Cruise’s Stauffenberg is intelligent, passionate, resourceful and occasionally forceful. A man of ideas but also a man of action. Given that much of the surrounding cast are of British origin, his American dialect is something of an incongruity but is far from being the vulgar vernacularism his detractors had predicted.


The challenge of distilling the events, as well as the underlying currents stimulating and pushing forward the plotters and those which threaten their enterprise, are arguably met by Singer who amongst many nuanced passages, successfully conveys the hesitancy of many of the rebels who are slow to put their coup in action as they remain haunted and intimidated by the possibility that the fuehrer has survived the bomb blast instigated by Colonel Stauffenberg.


The arguments among the members of the resistance circle as well as the private ruminations of Stauffenberg on some particularly crucial points are addressed: what was there to gain by assassinating Hitler at a stage when Germany faced certain defeat and Hitler’s successors would inherit the allied ultimatum of ‘unconditional surrender’? What would be the cost of failure for the conspirators and their families?


While Valkyrie will not enter the annals of film classics, it is a highly competent effort and whether as a student of recent German history or as a movie connoisseur, is one well worth viewing.