The Pride and the Passion: Barcelona versus Manchester United 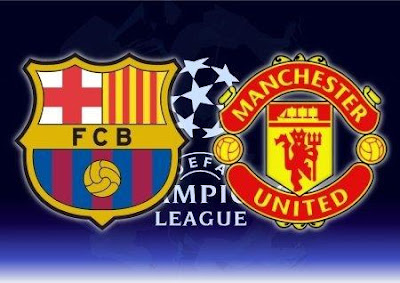 Since its inauguration, the UEFA Champions League while bringing together an aggregate of the best football teams on the European continent has nonetheless failed to convince some who still yearn for the old format European Champions Cup which pitted 16 of its member nations league champions against one another in an entirely knockout competition.


The new order they gripe is merely a self-contradicting tourney -its participants after all are not all champions- designed solely with the objective of lining the pockets of the elite teams and UEFA resulting in an almost unpalatable transposition of logic and the ‘natural order’ of competition; where third-place is the new second and fourth the new third.


For purists, the fact that the competition could be won by a team which was not the best in its own league is an abject perversity. Of course, it can be argued that the re-structured tournament is more difficult to win, not only because of the number of teams involved, who therefore have to contend with the delicate act of balancing their involvement in the competition with domestic ones, but also because the teams are comprised of the very best players in the world.


But even the die-hard purists, in terms, that is, of the formatting of the competition, cannot argue with the competing finalists for the 2009 tournament due to be staged in Rome on the 27th of May. There the champions of Spain will be playing against the defending European champions and recently re-crowned English champions. With both teams seeking to achieve a ‘treble’ of a domestic cup, national league and European Cup, this surely is the best meeting the best.


The appellation of 'best' here is not to be taken only in its restricted form. Football teams, like people, like nations have their peaks and troughs. There have been individual teams in the past which have shone brightly and whose performances in European competition are indelibly impressed in the memories of fans.


The Real Madrid side of the late 1950s and the early 1960s that was composed of the likes of Puskas and DiStefano comes to mind as indeed do the Ajax and Bayern Munich squads of the early 1970s, the Liverpool team dominant in the latter part of the 1970s and of course the AC Milan team of the 1990s.


With Barcelona and Manchester United we enter into the realms of clubs which have long being the possessors of a powerful and at times highly emotive mystique.


Always more than a footballing club, Barcelona has reflected the mood of the Catalonian nation which at various times in history was subject to periods of great repression during which the club felt the full weight of official retribution. In 1926 for instance, during the dictatorship of General Miguel Primo Rivera, the club was suspended from the league and banned from playing matches for 6 months because its fans booed the Spanish national anthem during the preliminaries of a match.


A decade later, and only months after the outbreak of the military rebellion of 1936 which led to the three-year civil war, the club’s chairman, Josep Sunyol was apprehended by Nationalist troops at a checkpoint on the outskirts of Madrid and executed by firing squad. Having nailed its colours firmly with the coalition of Spanish Republicanism and its yearnings for regional autonomy and even outright independence, Catalonia, as was the case with the opponents of the forces of conservatism would bear a heavy burden.


The victorious Nationalist side led by General Francisco Franco officially censored the use of the Catalan language to the extent that match announcements at Barcelona’s stadium had to be made in Spanish. Given that the region’s language was banned from being used in public and that displaying other forms of cultural independence was discouraged, it was perhaps not surprising that Barcelona under the Francoist regime as under the Rivera one, came to play the part as an incubator of social dissent and serve as a fulcrum for communal solidarity.


The distinctiveness of both spirit and tradition of Manchester United is matched in the English game only by that of Liverpool FC. True, there have been a number of great teams at various times in English footballing history. Don Revie’s conquering Leeds United team of the late 1960s to the middle 1970s; Brian Clough’s Nottingham Forest; resurrected from Division Two provincialism to the apex of European glory. The Danny Blanchflower-captained Tottenham Hotspurs team of the late 1950s to early 1960s and, perhaps, Bobby Robson’s Ipswich Town of the 1980s.


All however, were comparatively short-lived. None capture the imagination or romance in the manner of Bill Shankley’s template of how football should be played or indeed Matt Busby's philosophy; founded as much on an esoteric construct as it was on the realities of tactical acumen. Leeds would never win the European Champions Cup.


And even the rough and ready pragmatism of Billy Bremner’s English league winning side left a sour taste for some. They played ‘ugly’; so much that when Brian Clough was brought in after Revie had taken up the England manager’s job, his answer as to how he could improve on their outstanding record in twice winning the old Division One, was to offer that they could win it in a ‘better’, more aesthetically pleasing fashion.


It was Matt Busby’s vision of an expansive and endearing style of playing football which enabled him to nurture an exceptionally talented squad of youngsters who included the likes of Duncan Edwards, Tommy Taylor and Billy Whelan and boldly do what English clubs were failing to do at that point in time; that is to successfully take on the best in Europe. Many of that team perished in the Munich Air Disaster of 1958. Yet, within a decade, he had fashioned a new team including survivors like Bobby Charlton and players of the calibre of Denis Law and George Best to become the first English clubside to win the Champions Cup.


Both teams represent more than merely the pursuit of footballing trophies. It is the spirit behind such pursuit and the manner in which they are won that counts. With United, it is attack-minded flowing football. Not the frequently derided lob and rush physicality of the Anglo-Saxon game, but one with an added style and panache and creativity. One in which such highly individual talents such as Best; from the Busby era and Eric Cantona; from the era of Alex Ferguson, are nonetheless part and parcel of a rigorous attention to teamwork.


The ethos behind Barcelona too has over the decades placed a high measure of value on the ‘style-as-part-of-substance’ ethos as demonstrated during the tenures of Josep Samitier, Johann Cruyff and the current Josep Guardiola.


At any given moment in history, a Barcelona versus Manchester United European Cup final would be one made in football Valhalla. But Wednesday's final, to be graced by talents of the likes of Ronaldo, Messi, Etoo and Rooney at a time when both sides appear to be at the very peak of their powers, promises to be a feast so sumptuous as to intoxicate even the gods.