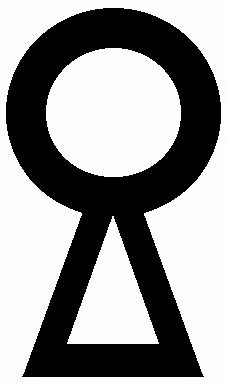 A decade has now elapsed since the attempted putsch aimed at snuffing out the Gorbachev inspired social and economic revolution failed. The subsequent train of events led to the collapse of the last vestiges of the old Soviet Union and the introduction of laissez faire economic systems in the new style Commonwealth of Independent States.
Other former Soviet satellite states, the so-called Eastern Bloc nations had of course being unshackling themselves from the yoke of totalitarianism to a new free market style order.


While many in the West looked forward to exploiting new avenues of commercial and social contacts, boxing aficionado's the world over looked forward to the mouth watering prospect of former Eastern Bloc talent entering the ranks of professional boxing, invigorating an industry which in every succeeding era is perpetually plagued by fears of boxing being a dying sport.


There was much cause for such hope. Although the Cuban's were not (and still are not) going to be partaking in this wind of change, the Eastern Bloc nations provided perennially tough opposition and won many titles at Olympic, World and European levels.


So formidable were they in the amateur context many felt that given the chance to box professionally, they would automatically vie with the North and Latin American nations for global domination.


This has not proved to be the case.


And while Wladimir Klitschko holds a world title, the WBO (nee WBOgus) title is not a major one. Competent battlers like Vassili Jirov, the current IBF Cruiserweight champion and others like Andrei Shkalikov and Roman Karmazin are in circulation but are not by any stretch of the imagination bonafide world beaters.


I do recall reading an article by one British journalist who cautioned about expecting an immediate impact. It would he, not illogically argued, necessarily take a number of years for these countries to begin to establish a crop of stars.


But was there any reason why the achievements at amateur level would be necessarily replicated in the professional ranks? One compelling rationale for Eastern achievement in amateur boxing was that they could not have been anything less than consistently stiff opposition because their careers were fixated solely in the amateur ranks; expression in the professional ranks being forbidden of course by the dictates of the then prevailing Marxist-Leninist systems.


Western fighters by contrast, eager to cash in on lucrative professional careers, did not stay long in the amateurs but while competing at that level, battled hugely seasoned Eastern European pugilists.


The economic travails of many of these nations has obviously had an effect on the development of boxing. Here 'perestroika,' Russian parlance for restructuring, has not worked. The much vaunted amateur programmes, for instance, are arguable not as strong as they were in Soviet times.


Many of these fighters cannot be nurtured long in their native lands and must at some point be co-opted onto promotions in places like Germany and England in order to establish themselves before going on to the citadel of the game, America. This is how the Klitschko brothers and Andrew Golota came to prominence and how others like Nikolai Valuev are trying.


The stars from the east are with us but as yet no real legend in the making appears to be upon us. Perhaps one of the Klitschko's will prove me wrong. And whether the physically constructed colossus of Valuev will be a dominating presence in the heavyweight division or merely a Primo Carnera-style gimmick remains to be seen.


In truth the representation of fighters from the Slavic lands is perhaps no more or less than should be expected. But while the level of impact anticipated by boxers coming from the former Soviet Bloc may have fallen short of some expectations the promise of great champions emerging from their midst's nevertheless continues to remain a potent one.