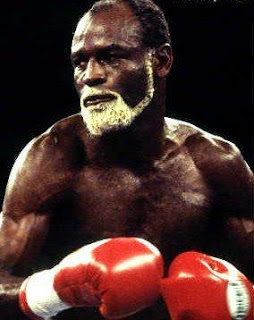 The idea and role of the boxing promoter has perhaps become predictable over the last few decades. The young up and coming ones have been apt at simply applying tried and tested formula's inherited by the passing guards, adapting to the realities of change only out of necessity rather than as part of a substantively thought out desire to be innovative.

So while accommodation is made in relation to cable pay-per-view and television rights as avenues for box office and sponsorship, little has been done in terms of marketing the sport in refreshingly new ways. The survival and prosperity of the sport, which consistently worries about the wider societal attitude to the perpetuation of an industry that ensnares young and able bodied men into a trade that carries an ever present risk of physical and mental degeneration, no doubt is the priority of most promoters and one would expect them to be alert to this need. The need, that is, to devise campaigns and concepts that will serve to catch the imagination of the potential paying customer.

Enter Mick Hennessy, managing director of Hennessy Sports who has collected a group of recently turned professional youngsters, each of who are of photogenic disposition but each of whom have substantive underpinnings in the sport at amateur level, and turned them into his vision of British boxing's most promising kids on the block.

Hennessy has, of course, not invented the concept of marketing talented youngsters, rather, it the manner of his linking each fighter to the other in a simultaneous exercise that entails them fighting at the same time on the same bills and on television that catches the eye.

The 'class' convened for the fourth time this year on Friday, October 25 2002. Lined up where the collection of the 'usual suspects;' Super Middleweight Carl Froch, Middleweight Matthew Thirwall, Welterweight David Walker Lightweight Lee Meager and Billy Corcoran, a Super Featherweight. Thrown in for measure was the come backing Howard Eastman as well as Eastman's younger brother, Gilbert.

The proceedings began with Billy Corcoran, a former England Amateur international, taking on Jason Nesbitt. This was Corcoran's second pro-bout. Dressed to the nines in a tasselled silver and gold pair of trunks, Corcoran reacted well to the early aggressive manoeuvrings of his opponent, covering up well and firing back with fast paced but measured hooks of his own.

Indeed, he was most effective in his responses such that as the round wore on, Nesbitt was firing less and was in fact pinned against the ropes when the bell ended the first rang. In the second, Nesbitt instigated an exchange of blows, which ended with him being deposited, in a sitting position, onto the lower rope strand where he was counted out. Corcoran's combination of ripping hooks to the temple and a brutal uppercut were executed with a great aplomb.

Next up was Gilbert Eastman, softer featured and most definitely, softer punching in comparison to his sibling. Eastman had last entered a ring in the early part of 2001 when as an unbeaten prospect; a vastly more experienced Ghanaian fighter stopped him.

O'Jay Abrahams, expert journeyman fighter, was selected as the test. Abrahams is not the typical world weary and beaten-down journeyman although the losses on his record far outweigh his wins, he has a tendency to set his opponents genuine pugilistic riddles, which they have to solve in the course of combat.

He is a character and a showman who enters the ring wearing a colourful head wrap and equally colourful trunks which he inscribes with the words 'Me, Myself and I.' Surprisingly, Eastman circled and probed tentatively as Abrahams pressed him and made him back off more than a few times. Abrahams bobbed and weaved, slipped punches and as he is very well apt at doing, stood motionless at moments when Eastman's work rate plummeted. In the second, a sweeping left hook that connected was met with mock derision by Abrahams who feigned hurt as he scurried back into the ropes.

A solid jab thrown by Eastman was met with the same comical theatrics in the fourth. While Eastman had his hands raised by the referee, it was a rather unconvincing performance. He did not have Abrahams in genuine trouble and was actually forced to retreat in large periods of the match. Far better from the entertainment point of view was Abrahams who blew a kiss to the stands and hollered "I'm doing this for you Cass." Just who is Cass? Perhaps a son of his, someone wondered, although knowing Abrahams others muttered that he might have said 'cash.'

The third match between 'Class mate' Lee Meager and Ian Eldridge provided better fighting entertainment. Meager, like Corcoran, a former England International in the amateurs stormed at his opponent and dropped him, courtesy of a right hook, for a standing eight count. Later on in the round, a crisp one-two of jab and right cross, sent Eldridge to the canvas again.

However, Eldridge, by now bleeding from the nose, came back with a powerful jab, which stopped Meager in his tracks. From that point until the bouts end, Eldridge fought with a grim determination constantly unsettling Meager with powerful bursts of punching and causing Meager to re-tune his forward motion style into a more defensive mode.

So while Eldridge took the initiative by firing hooks and short rights, Meager tended to move laterally and offer countering shots. And although meagre added to Eldridge's injury woes by inflicting a cut to his opponents left brow, it was Eldridge who appeared the stronger. His combinations appeared to carry more authority than Meager's occasional right crosses and uppercuts.

Indeed, Eldridge's consistent work rate was rewarded in the fifth by a cut inflicted above Meager's brow, which began to descend in more copious amounts. When the referee stepped in to end the bout, there were discernible gasps from sections of the audience when he indicated that Eldridge was unable to continue due to the state of his injuries. It appeared, to many, that Eldridge had was fighting at the very least on equal terms with Meager and might have been ahead.

After the impressively physiqued Carl Froch decisioned a very resilient Paul Bonson over six rounds, it was time for Howard Eastman to make his first ring appearance since November of last year when he was controversially beaten by William Joppy. Looking as striking as ever, the bearded man from Guyana, appeared relaxed and glad to be in the ring after such a lengthy lay off. Charden Ansoula, London based Frenchman of African origin provided the opposition.

Ansoula pressed the action, reigning in punches that Eastman calmly blocked and weaved away from. After measuring the distance with a pawed out left hand, Eastman unleashed a thunderous right hook that sent Ansoula spiralling down to the canvas. The referee administered a standing eight count but although it appeared that Ansuola was steady enough to continue, Eastman's blow had opened a gash above Ansoula's left eye which began to stream with blood which convinced the referee that the bout ought to be stopped after just sixty three seconds.

Matthew Thirwall, the apparent heartthrob of the 'class,' and who according to his promoter is rather 'popular with the ladies,' donned his gloves and came out from the dressing rooms to make battle with one Jason Collins. Collins looked like a composite of two distinct human bodies joined together at some portion of his middle anatomy. His legs, thin and reedy, supported an upper body which would not be misplaced on a light heavyweight, Short and bull-necked, he stormed at Thirwall, sometimes literally running at him, with a succession of hooks and crosses most of which Thirwall expertly blocked.

At first Thirwall was content to block, parry and counter but soon he began to exchange punches, some of which stunned Collins but none of which managed to put him down. Collins tactics were quite crude: to unnerve Thirwall by bulling, shoving and barging. At the beginning of every round and after each break call by the referee, Collins literally ran at Thirwall, firing what shots he could before pushing the former ABA champion into the ropes.

In the fifth, a powerful left hook by Collins was met by a Thirwall's strongest reply -a combination that shook Collins and brought a deafening roar from the crowd. Although Collins did not go down, his feet were unsteady and the referee signalled an end to the fight.

The final bout, after a non-descript tussle between Francis Barrett and Darren Covill, was an eagerly awaited Welterweight Southern Area championship between the champion David Walker and Brett James. Walker, who carries the moniker 'Kid Dynamite,' has a reputation for powerful punching. The former ABA welterweight champion and English international came into the fight with eight knockouts in a fourteen-match career. Both men were extremely well supported and the cheers at the announcement of names brought a huge wall of sound that appeared to make the grounds of the hall tremble.

James like Walker was undefeated but Walkers undeniable power made him the favourite. From the start, Walker stalked while James tried to create distance by lateral movement. Walker's strikes were met with an impish Goblin-like smile and an affected "Try-hitting-me-harder-me-old-son" shake of the head.

But Walker's punches began to tell and the top of James' left eye was cut in the second. There were entertaining exchanges between both especially in the third round when James' efforts were rewarded with scoring right hooks and sneakily delivered right hand uppercuts.

However, in the fourth, the tide turned decisively in Walker's favour and although James covered up well, his physical state began noticeably to diminish. Stamina aside, James also began to run out of ideas. At one point, Walker hit him with more than a dozen punches that went unreplied. Although they were largely blocked, James could not do the same when the next Walker onslaught arrived and after a few hook landed to the head staggered him, the referee intervened to save him further punishment.

So all the class would appear to have passed the examinations set. But While Carl Froch, a double ABA champion, Multi-Nations Gold medallist and World Championships bronze medallist looks the most assured of the bunch, questions and examinations will continue to be asked in the future.

Will the all out action styles as practiced by Meager and Walker be as effective against opposition who are capable of hitting as hard as they do? Will Corcoran and Thirwall be adept negotiating their way through a range of styles offered by more substantial opposition?

In short they will be required to answer the standard issues that determine a fighters longevity -stamina, power of punch, ability to take a punch, adaptability, and resourcefulness. As a group they do not have the collective credentials of say the Olympic team of winners assembled by Lou Duva in 1984, however, the buzz Hennessy has created about the potential of the group is marked and appears well founded.

Class of 2002 they may be, but come 2004, it will be interesting who among the pick will have matriculated.