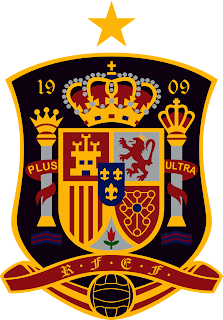 The defeat of Italy by Spain in the finals of the recently concluded European Championships tournament in Kiev has, if any doubts existed, confirmed the current Spanish national football team as one of the greatest football squads in history.

They are the first team in the modern history of the sport to win consecutively, three major tournaments; namely the 2008 Euros, the 2010 World Cup and now the 2012 Euros.

No team before, not even the formidable West German machine of the early to middle 1970s, had ever accomplished the stunning feat of securing back-to-back European Championship trophies, or were able to have won a final in such an emphatic manner. The 4-0 trouncing of the Azzurri is the widest ever margin of any final match.

The appellation of greatness is the preserve of but a few national sides. In Europe, the Dutch side of the early 1970s, purveyors of the system known as Totaalvoetball, immediately springs to mind, as indeed do their West German contemporaries.

But until the emergence of this particular Spanish side with its peculiar brand of football, for many the apotheosis of footballing brilliance was attained by the Brazilian World Cup-winning side of 1970.

That side, emblematic of the romantic notions assigned to the Brazilian style which combined attacking flair with a capacity for improvisation, represented the culmination of a golden age of international dominance stretching back to their World Cup triumphs in Sweden in 1958 and in Chile in 1962.

Although acknowledged as a bastion of excellence in the sport, the Spaniards for decades represented an exemplary case study in perennial underachievement at international level.

It was the enigma of Spanish football that after the European Nations Cup win of 1964, which followed the European Champions Cup dominance of the legendary Real Madrid clubside of the 1950s and early 1960s, no further international honours followed.

While La Liga continued to be an esteemed football league producing a successive pool of very capable players and even exceptional ones such as the strikers, Emilio Butragueno and Raul Gonzalez; and even while Real Madrid and Barcelona remained perennial powerhouses within the sphere of European football, success continually eluded a national side which as hosts endured the embarrassment of a futile campaign for the 1982 World Cup.

To whom or what circumstances can this ascendancy to apparent dominance be assigned? To answer this, a story of migration along with the cross-pollination of footballing philosophy and culture requires telling.

The roots of the methodologies employed by the Spanish national side and its style of play lie interestingly in the aforementioned Totaalvoetball, the brain child of Dutch coach Rinus Michels who led Ajax Amsterdam to European Champions Cup victories in 1971, 1972 and 1973.

It is a tactical theory which is guided by the premise of all outfield players being able to assume the role of any other player. It was a style of play which Michels, for a time also the national manager, used to great effect at the World Cup finals in 1974. That team, influenced by the brilliant skills and technique of Johan Cruyff, of course, lost the final to West Germany.

Cruyff transferred to FC Barcelona in the middle 1970s where during his lengthy association with the club, both as a player and later as a manager, he remained a proponent-in-chief of the philosophy of Totaalvoetball, which Michels had brought to the Catalan side.

The Dutch connection with Barcelona, which continued over the years through the tenures of Cruyff, Louis Van Gaal and Frank Rijkaard, ensured the enduring influence of the style; the tenets of which were inculcated by Josep ‘Pep’ Guardiola whose imposition of the Spanish-derivative labelled Tiki-Taka has brought the club an astounding level of success.

History provides much compelling evidence that the successes of several of the great national teams have been predicated on the acquiring of key manpower of a dominant clubside along with an adaptation of the playing systems guiding such clubs.

This was true of the West German national team which had a ‘spine’ of Bayern Munich players consisting of goalkeeper Sepp Maier, defender Franz Beckenbauer and striker Gerd Muller, and which played the sweeper system at the heart of which, as at club level, was the sweeper himself Beckenbauer.

It is certainly borne out by the Dutch side which was composed of Ajax players like Johan Neeskens and Cruyff alongside a contingent of Feyernood players who operated under the premise of Totaalvoetball.

The Spanish national side has followed this path. It is composed of many players from FC Barcelona, from which it has also appropriated the methods of Tiki-Taka; the underpinning factor in their recent monumental successes.

This evolved version of Totaalvoetball  retains a strict adherence to the rigours of team effort and the physical demands involved in the interchanging roles of players who have to be constantly aware of the use of space.

At a fundamental level it focuses on ball possession; close and sustained possession along with precision passing which ensures their domination on the field of play. The possession and passing provides the basis of both defensive as well as offensive capabilities.

It can be used to stifle and frustrate the opposition, as part of the process of preserving a score advantage, but at the same time it can be used to create openings for attacks.

The style of play can be misleadingly referred to as being ‘defensive’ or as ‘counter-attacking’. Its proselytisers prefer the term ‘pro-active’. The constant possession of the ball is somewhat analogous to the effect of a bullfighter on his prey; luring the opposition into a state of despondency or desperation before the sword is administered. It allows them to slow down a game or, quick as a flash, to transform the activity into an attack from any part of the field.

The sense of team effort is palpable. Composed of many gifted individuals, none stands out to a great degree from his teammates. The sum of the individual’s skill is sublimated to the overall machinery of collective effort.

Deprived of the services of David Villa, and wary of the suspect marksmanship of Fernando Torres, it meant that the team was able to score goals and win without the services, for long stretches, of a recognised striker.

In keeping with the spirit of totaalvoetball and its disavowal of fixed positions and the interchangeability of players, midfielders and defenders are capable of stepping into the relevant attacking positions to score goals as was demonstrated by the goals which were contrived against the Italians.

This is as distinctive a system as has ever been invented and perfected in the sport of football, but it has a history extending further back in time than Michels’ exposition.

For Michels was himself influenced by tactics developed in Hungary which were utilised by that nation’s groundbreaking team of the 1950s and an even deeper link posits the elemental origins of Tiki-Taka and Totaalvoetball to the Austrian ‘Wunderteam’ of the 1930s.

Whether it is in essence an ‘unbeatable’ system is a contentious matter. The Catenaccio system which emphasised a defensive strategy aimed at stifling attacking play and goal scoring opportunities was successfully applied by a number of Italian sides in the 1960s.

But football is a creative sport capable of tactical innovations and developing counteractive formats of play. It was Totaalvoetball which definitively unlocked the ‘door bolt’ of Catenaccio in the 1972 European Cup final when Ajax defeated Inter Milan.

It remains to be seen whether a countervailing system can be formulated in order to disrupt the Spanish style of play and be capable of consistently overcoming Tiki-Taka.

It is argued, with much logic, that teams cannot adopt the system overnight because most of the Spanish players have had its nuanced techniques drummed into them from youth level, so on a long-term basis, the possibility exists that other countries may decide to adapt the system into their youth development programmes.

For many, the romance of the Brazilian style of play, epitomised by the grace and the intuitive brilliance of the 1970 side, will remain the definitive rendition of how the game of football should be played and won. But there are of course many difficulties in comparing teams from different time periods.

If that Brazilian side played the ‘Beautiful Game’ beautifully, the contemporary Spanish team play a pragmatic game replete with its own aesthetically pleasing features which see the merging of a high level of physical fitness with spatial ability and technical adroitness.

History, while acknowledging the part played by aesthetics in assessing greatness, will ultimately judge them on their record. And what a record it is, and what a record it threatens to become if they can retain the World Cup due to be held in Brazil in two years time.

Adeyinka Makinde is the author of the biographies DICK TIGER: The Life and Times of a Boxing Immortal and JERSEY BOY: The Life and Mob Slaying of Frankie DePaula.

Posted by Adeyinka Makinde at 20:00