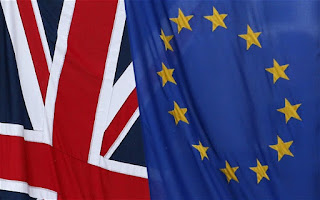 A vote in regard to whether Britain should withdraw from the European Union is an epic event; one which if in the affirmative would profoundly shape its destiny for a generation.

My first impression is that David Cameron has not obtained the 'unique' status which he promised to extract from Brussels to mollify those who favour continued membership under a looser arrangement.

1. If the preamble in the original founding document which aims for an "ever closer union" is not explicitly re-worded so far as Britain is concerned, for instance in regard to future treaties, then Cameron would obviously not have secured a singular status for Britain.

The Schuman-Monnet ideal of "closer union" is after all often seen as the theoretical blueprint for an eventually federated European family of nations.

2. The EU Charter of Fundamental Rights from which the United Kingdom initially opted out recently became incorporated into British law. The provisions effectively replicate most of the major provisions of the European Convention on Human Rights.

The ECHR regime has provided similarly emotion-laced public discourse on the loss of Parliamentary Sovereignty to a supra-national legal body. If Cameron has not reinstated an opt out, it would mean that even if Britain renounced the ECHR, it would be bound to follow the tenets of human rights law created by EU institutions.

It is important to note that EU law is 'stronger' than ECHR law. Under the ECHR treaty, member nations promise to incorporate human rights law into their national laws. They are required merely to take into account the decisions of the European Court of Human Rights. However, British courts are bound to apply the laws emanated from the European Union.

3. The operation of the 'Common Agricultural Policy' which absorbs a great deal of the EU budget and which has favoured France could also be added to the list. If reform of this is not a factor in Cameron's deal, then it falls short.

My view is that Britain should either be completely in or completely out. More importantly, that is how the other countries led by Germany and France see it. As Prime Minister Margaret Thatcher was often reminded, the organisation cannot function in the form of a "two-track" system; this notwithstanding the mechanism of opt-out clauses in treaties.

France and Germany have been at the heart of the formation of a union of European nations because of the historical rivalry between both nations. The blood spilled during the Franco-Prussian War, the Great War and the Second World War testify to this.

The underlying almost forgotten rationale for the creation of the EU is thus the preservation of a previously elusive peace on the European continent. But membership of this brand of supra-national entity was always going to come with a price.

The bargain is simply this: in return for the benefits of economic, social, cultural, technological and political co-operation, that is peace and mutual prosperity, each member state must consent to forfeiting part of its national law making powers. The EU thus forms a supra-national legal entity whereby the member states have established a separate and independent legal authority that is superior to their domestic institutions.

The idea of forfeiting "part" of your national sovereignty is perhaps a severe understatement to those exercised by what is considered to be the EU's inexorable drift towards being a 'super state.' It is clearly the case that the administrative and legal capacity of the original European Community has with successive treaties related to budgetary matters, economic integration and enlargement has increased manifold.

National leaders and their citizens are ambivalent about what might appear to be a choice of retaining national sovereignty and identity on the one hand or being transformed into a seemingly uniform state.

The 'Little Englander' complex or a less crude depiction of reluctant Englishmen feeling culturally and geographically apart from their continental neighbours is not the only discernible anti-European sentiment held among EU member states. For instance, German Euro-scepticism has increased given the perceived burdens it places on the German economy.

But the fundamental belief that Germany and France are at the core of the EU cannot be shaken off. France had under President de Gaulle repeatedly blocked Britain's entry into what was then the 'Common Market'. De Gaulle's rationale while based on what he claimed was Britain's "economic incompatibility" did not impress many Briton's who sensed his intransigence was based on a personal antipathy towards the Anglo-Saxon nations.

The British elite has been traditionally divided on the matter of Europe. And despite the focus on the issue being a source of disunity among the members of the Conservative Party, those on the political Left have never been unanimous in their views. Where the Right focused on national sovereignty, the anti-Common Market Left felt that there was a threat posed to working class jobs.

An impending referendum will be interesting on so many fronts. It will be one of the few times in British political history that the constitutional convention of collective cabinet responsibility will be abrogated. Government ministers will not be coerced into following a party line and will be free to campaign for either side. When a referendum was held in 1975 to decide whether Britain should remain a member after joining in 1973, the Right-wing Enoch Powell and the Left-wing Tony Benn campaigned on the 'No' side.

The British opinion polls show a fine split between the 'no' and 'yes' sides with the 'undecided' element holding the balance.

The perception of whether Cameron has secured a meaningful deal may be crucial not only to the result of the vote, but also to his political survival.

A vote to leave the EU by the British public may even have wider ramifications. Domestically, this would likely result in the permanent dismemberment of the United Kingdom. The leadership of the Scottish National Party has repeatedly asserted that it would trigger a second referendum on Scottish independence.

Britain’s exit could also spur other EU member states to leave. Whether mired in debt, burdened by administrative obligations or otherwise nostalgic for their 'sovereign' past, the precedent of a British withdrawal could trigger a psychological desire for other EU states to reacquire total control of the reins of their national destinies.

It may also have implications for the survival of the North Atlantic Treaty Organisation.

The president of the United States, Barack Obama has gone on the record several times to register his disapproval of the idea of a British departure from the EU. Obama’s position arguably reflects the view of the American political establishment which prefers to formulate policy with the EU entity rather than with individual European states. This includes Britain. It is a policy which pointedly disregards any sentiment toward their shared English-speaking heritage and the frequently touted ‘Special Relationship.’

While they are separate institutions, EU policy is often synchronized with the political and military objectives of NATO, an organisation which is led by the United States. An obvious example of this relates to United States policy towards the Russian Federation and the flashpoint that is Ukraine.

Guided by the post-Cold War policies formulated respectively by Paul Wolfowitz and Zbigniew Brzezinski, both the Wolfowitz and Brzezinski Doctrines promote the idea of maintaining American global hegemony. The latter, which is geared towards promoting the neutralisation of Russia as a military and economic competitor, is a fundamental precondition in achieving such a state of affairs.

The fomenting of the coup of February 2014 which deposed the elected government of Viktor Yanukovyc was orchestrated by the American government which clearly prodded a reluctant EU into backing it. The role of Victoria Nuland, the Assistant Secretary of State for European and Eurasian Affairs at the State Department, was central in getting the approval of the EU in the overthrow of the Yanukovyc government. A recorded conversation she had with the American ambassador to Kiev captured her expressing her contempt for European caution through the infamous “Fuck the E.U.” remark.

The hand of the United States in essentially forcing EU nations such as Germany and France to support its policy of sanctions –despite the fact that such measures have proved to be harmful to the interests of these countries- makes it all too apparent why the United States prefers to deal with a collective body of states.

For those who are critical of the aggression and militarism apparent in American foreign policy, the United States control of NATO and by extension the EU has provided the necessary cover under which American administrations have pursued a succession of geo-political objectives that have been lacking in legal and moral justification. The refugee crisis that is presently confronting EU member states owes a great deal to NATO action in reducing Libya into a lawless state from which uncontrolled amounts of refugees can embark on perilous journeys. The Syrian Civil War, a conflict underwritten by America and NATO, has massively contributed to the waves of refugees making their way to the EU via its Mediterranean borders.

Thus the issue for Britons worried about the loss of national sovereignty to Brussels ought also to focus on the United Kingdom as a country dictated to by the United States which has used the EU as a vehicle to promote its national interests at the expense of the interests of EU member states.

Of course, they will also need to contemplate on how withdrawal can best serve Britain's national economic and political interests. Outside of the EU, it would lose a huge amount of bargaining power when dealing with other economic blocs around the globe.

A lot will be at stake on Thursday, June 23rd when the British public make their verdict.