Bouillabaisse Royale Avec 1/2 homard at 'La Cuisine Au Beurre', 72 Quai du Port, Vieux-Port 13002 Marseille. The name 'La Cuisine Au Berre' is derived from the movie of the same title which starred the iconic comedian Fernandel who was born in Marseille and is considered an icon of the city. Bouillabaisse is the traditional fish stew of Provance and is said to have originated in Marseille. The menu consists of soupe de poissons and a half lobster which bestrides a plate of scorpion fish, fielas, saint-pierre, sting fish, tud turnard, fried bread, home made rouille and emmental cheese. 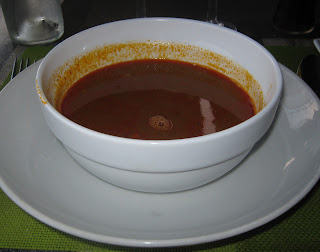 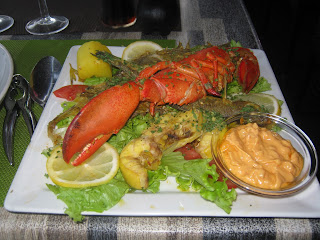 Half lobster dominating a plate of fish 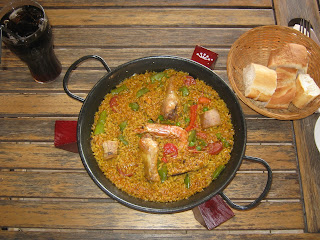 What is 'down-to-earth', basic food? The sort enjoyed or even endured by the common man and the out-of-pocket school boarder getting through life on a 'staple diet'? I guess there's eba and stew in West Africa and putu among the Zulus. The Celts and Anglo-Saxons on the British Isles have their meat and potatoes while the Mediterranean folk have this: Pasta 'Bolo'. Life can't be all Bouillabaisse & assorted exotic fish dishes in 'La Cité Phocéen' - especially when on the occasion of visiting the infamous former prison fortress Island of Chateau d'If! 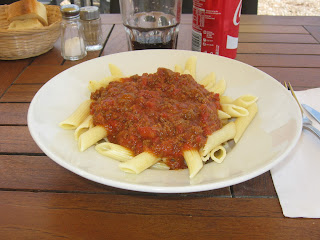