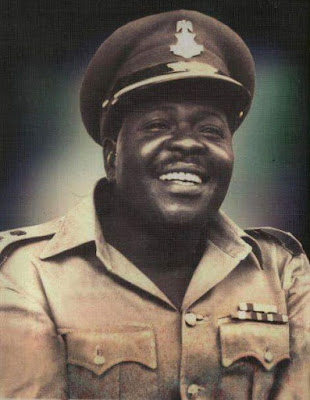 
Portrait of Lieutenant Colonel Francis Adekunle Fajuyi, the military governor of the Western Region of Nigeria who was assassinated alongside General Ironsi during the army mutiny of 29 July 1966.