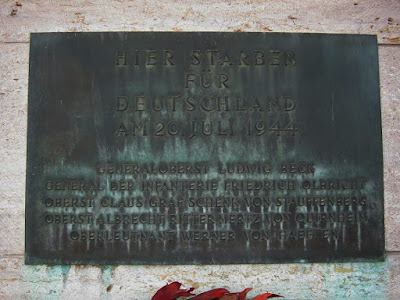 Plaque on a wall in the courtyard of  the old 'Bendler Block' building complex in Berlin where members of the July 20 plot were executed. (PHOTO: Adeyinka Makinde)