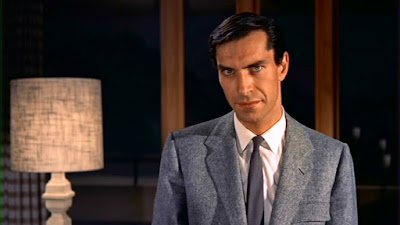 The actor Martin Landau passed away a few days ago.


For me Space 1999 filled the void left by the cancellation of the original Star Trek television series and Gerry Anderson’s UFO. Ironically, he famously turned down the role of ‘Mr. Spock’ in Star Trek. He was a memorable if understated acting presence, although back in the 1970s I’m not sure that I immediately recalled him as one of the team from Mission Impossible. Maybe his disguises as ‘Rollin Hand’ confused my young mind!


I have to say however that he starred in one of my all-time favourite movies: North By Northwest. There is an interesting anecdote from the making of that movie which involved Landau. Director Alfred Hitchcock wanted Landau’s character ‘Leonard’ to be even better dressed than Cary Grant’s ‘Roger Thornhill’ character. So he took Landau to Quintino’s of Beverly Hills, a tailoring outfit that made Grant’s suits.


Later on the crowded set, Landau received a tap on the shoulder. It was Cary Grant’s valet asking him where he got the suit. Irritated, Landau attempted to give the messenger the cold treatment. His “excuse me?” retort was to no avail. The man insisted to Landau that “only two people in the world made a suit like that”: one in Beverly Hills and the other in Hong Kong. Landau then coolly told the man to take up the matter with Hitchcock.


Landau was the personification of the serious and erudite actor. The high point of his career was his sweep of Academy Award, Screen Actors Guild Award and a Golden Globe for his 1994 performance as Bela Lugosi in Tim Burton’s Ed Wood.