Do Jake Paul and Tyron Woodley have a Legally Binding Contract to Rematch? 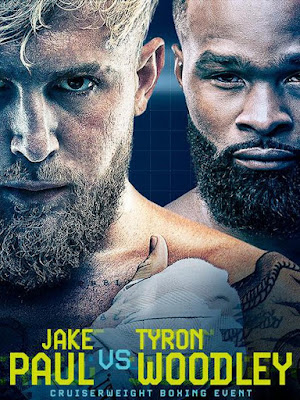 The recent boxing match between the much-followed YouTuber Jake Paul and Tyron Woodley, a former welterweight champion of the UFC, the world’s premier mixed martial arts organisation, ended in a split decision victory for the 24-year-old Paul over the 39-year-old Woodley. During the post-fight interview conducted in the ring, Woodley demanded an immediate rematch and Paul responded by extracting a promise from Woodley to have the words “I LOVE JAKE PAUL” tattooed onto his body. But given Paul’s evident reluctance to pursue a rematch which included his 25-hour ‘retirement’ from the sport and Woodley’s reluctance to get a tattoo until he “sees some paperwork”, the question is whether both men already have a legally binding agreement.

United States contract law is similar to that of England's.

To establish whether there is a legally binding agreement, there must be an element of bargain. This is known as 'consideration'. A promise for a promise or a promise for an act would suffice.

So, applying this to their post-fight exchange, both men appeared to make unequivocal promises to the other:

Then Paul follows up by saying "deal".

Paul's initial words could be construed as an unequivocal statement indicating a willingness to be legally bound, while Woodley's riposte can be construed as an unequivocal intention to be legally bound by the terms of the offer. In other words, an acceptance of an offer. Both men consolidated the exchange with a firm handshake.

An agreement has been reached.

Now, the saying goes that "All contracts are agreements, but not all agreements are contracts". There must be serious intent; that is, an intention to create legal relations.

This can be a problem where both parties are related (by consanguinity or affinity) or are friends. Thus, agreements made within a commercial setting, here in the ring after a prize fighting contest, are more likely to be construed as legally binding than those which are made in a social or domestic setting.

Evidence of the seriousness of intent is arguably solidified by Jake Paul's brother Logan's eye-socket popping reaction of disbelief in the background when Woodley accepts the condition.

If Paul reneges on the agreement, Woodley ought to have grounds to enforce it in court where an order of specific performance could be reached, that is, Jake is ordered to stage another prize fight, or an order for the payment of damages to Woodley, in lieu of a fight.

Paul might argue that as Woodley had already agreed to the idea of affixing a tattoo at a pre-fight conference if he lost the bout, Woodley would only be performing his side of an earlier bargain.

That might somewhat murky the waters although Woodley might want to argue that the nature of their exchange in the fight’s aftermath was enough to create a fresh set of obligations that are legally enforceable.

Ultimately, the existence or non-existence of a contract would have to be determined presumably under the jurisdiction of the laws of the state of Ohio.

Adeyinka Makinde is a law lecturer who is based in London, England.

Posted by Adeyinka Makinde at 04:50