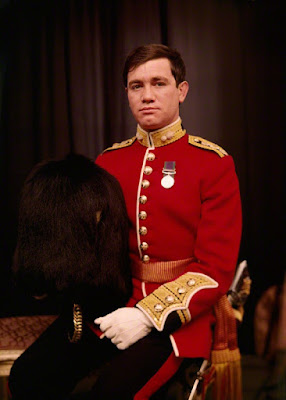 May 15th 2017 marked the fortieth anniversary of the passing of British Army intelligence officer Captain Robert Nairac while serving on undercover duty during the Northern Ireland Troubles.


I suggested back in March that the narrative of Nairac’s activities in Northern Ireland would be presented in as polarized a manner as was the recent passing of former Provisional IRA commander, Martin McGuinness.


The British narrative I predicted would emphasize that he was a ‘tragic hero’: a brave and well-intentioned maverick soldier who might have become the Lawrence of Arabia of Northern Ireland. The Republican counter-narrative would cast him as a bloodthirsty adventurer at the helm of a number of loyalist death squads which committed the most heinous of crimes directed against the nationalist community.


Nairac, an officer of the Grenadier Guards, remains one of the few disappeared of the conflict whose remains have yet to be returned to their respective families for burial, in Nairac’s case one which would be according to the rites of the Roman Catholic faith into which he was born.