Eulogy For My Mother 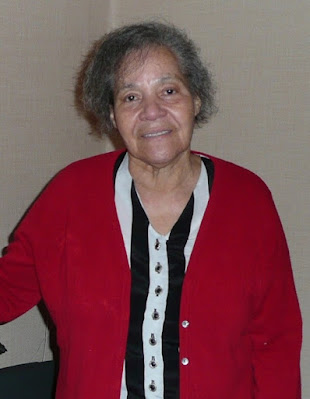 Our Mother was born on Sunday, May 23rd, 1937, on the island of Carriacou, a part of the Grenadine Islands in the Caribbean. She was named Grace because of the difficult circumstances of her birth which she barely survived.

Her Father, Floris Simmons, was a civil servant in the Department of Agriculture, and her Mother Nina McIntosh was a teacher. She was one of four children born to Nina: Roy, the oldest, Yvonne the second, and Bruce, the youngest. Although they were separated by one year, our grandmother brought up our mother and her sister like twins; dressing them up in identical clothes and ribbons.

The children were brought up in the Seventh-Day Adventist Church of which our grandmother was a devout member.

Mother was a bright and thoughtful child who was very popular among her peers and the schoolteachers. When she was 9 years old, her family moved to the island of St. Vincent. St. Vincent was an administrative hub and the more expansive environment served as a stimulus for the natural curiosity and thirst for knowledge which she had exhibited. Her teachers were aware of her abilities and in her last term at school, they appointed her as a teacher to the children in the kindergarten.

In 1957, our Mother emigrated to England to begin her nursing career. Based in London, she became an accomplished social networker, attending numerous weddings and christenings to which she was invited.

In 1961, she married Emmanuel Makinde, a Nigerian student of accountancy, with whom she had five children: Remi, Tokunbo, Tola, Yinka and Peter. She relocated to Nigeria where her husband, initially a civil servant in the Audit Department of the Federal Ministry of Works, would be commissioned as an officer in the Nigerian Navy.

In Lagos, she settled down to the role of housewife. She was not unaffected by the turbulent national events which included two military coups, and because our Father’s role as the Flag Lieutenant to the Chief of Naval Staff involved travel to many foreign countries, our Father agreed to our Mother temporarily moving to England where she lived with her children for an 18-month period between 1967 and 1968. She returned while the civil war was still ongoing.

Mother returned to England with us at the end of 1970 when our Father was posted to the Nigerian High Commission in London where he would serve as the Deputy Defence Adviser. As the wife of a military attaché, she performed a range of roles including planning social functions held at the High Commission, as well as at the residences at which we lived firstly at Bexhill Road in Southgate and then at Hillview Gardens in Hendon. She also liaised with staff at Buckingham Palace in relation to several events and was privileged to have attended the Trooping the Colour, the parade marking the official birthday of the British Sovereign, viewing the ceremony from an area reserved for the diplomatic corps. She played hostess to a range of guests at our home including diplomats, Nigerian military officials and members of the Nigerian community in London and other parts of Britain. During this period, she also found the time to train as a coiffeuse.

She returned to Nigeria at the end of 1973 but returned to England in 1977 after the ending of her marriage. She became a social worker and worked as a residential warden until her retirement.

Our Mother’s Christian faith informed her compassionate attitude towards human suffering. Among the charities that she supported were the British Red Cross and Compassion UK, a non-denominational charity partnered with churches around the world which has the objective of helping and empowering children born into extreme poverty. These were a continuum of a life-long characteristic which included her support for charities which aided the orphaned and starving children who were victims of the Nigerian Civil War.

She was a life-long believer in the benefits of healthy living and was an early adherent of what has come to be known as the health and wellness food market. She strove to educate and encourage all about this.

She enjoyed reading and listening to a wide range of music, both hobbies which she transmitted to each of us.

We remember our Mother for her strength of character, her altruism, the joy she got from her hobbies and above all for the unmitigated love and support which she bestowed on her children and her extended family.

We will forever love her and miss her.

She is survived by her children: Remi, Tokunbo, Tola, Yinka and Peter; her grandchildren Shannon, Ashley, Folasade, Abiola and Tosin; her sisters Edwina Leader and Yvonne Allen; her brothers Bruce McIntosh, Randolph McIntosh, and Robin McIntosh; her cousins Tessel and Jackie Campbell; and many nieces and nephews, the names of which are too many to mention.

Adeyinka Makinde is a writer and a law lecturer who is based in London, England.

Posted by Adeyinka Makinde at 07:26