Personal Tribute to My Mother 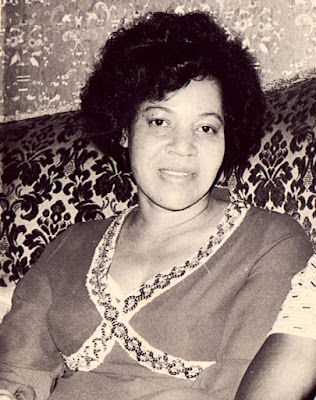 My Mother Grace Makinde nee McIntosh was a force of nature.

She was loving and compassionate; intelligent and resourceful; persistent and determined. She was a strong woman who battled through life’s vicissitudes with unceasing courage.

She was a survivor.

Where do I start in a short summation of my mother?

I just mentioned that she was a survivor, and the circumstance of her birth is the inexorably logical starting point.

My Grandmother told me that my mother almost died at birth. She lost a lot of blood, and her survival was in the balance. But somehow and against the odds my mother pulled through. My Grandmother was a deeply religious woman, and in her gratitude for the survival of her third child, she gave thanks to God by naming her Grace.

My Mother had immense reservoirs of strength. She told me that she virtually gave birth to me single-handedly in a military hospital in Nigeria which was understaffed at the time owing to the political crisis that would lead to a civil war. One month earlier, while she was heavily pregnant with me, she woke up on the morning of a violent military uprising to find the servants’ quarters behind her home deserted. She needed to do the household shopping, but none of the home-helps or a driver were available. My Father, a military officer, was on a naval course in England.

So, Mum decided to go out on a shopping expedition on that fateful day. Before leaving, she made sure that my three siblings were securely ensconced in a bedroom with food and drink, and that they had toys and reading material to occupy themselves. They were under firm instructions not to leave the house which had its doors locked and windows shut.

She then embarked to the market. There was, she told me, a heavy presence of soldiers at all points of her journey. They patrolled the streets which had numerous roadblocks. Soldiers were on either side of the canal which she had to cross on her way to and from the market. The soldiers told her they were under orders to search the contents of all bags including those which she was taking back home after her shopping was complete. It was exhausting, but thankfully she got home safely to her children.

My Mother was compassionate. She believed in the sense of charity as exemplified by Jesus Christ in whom she believed. She sympathised for the slaughtered innocents during Nigeria’s early era of turbulence and donated to the relief of the starving in the ensuing civil war. She supported several charities to which she made regular donations to the end of her life.

My Mother believed in justice for all. She was always for those who she perceived to be the underdog. She decried racism and advocated for herself and others when she sensed a whiff of injustice.

Still, I preferred it when she was not putting all the burdens of the world on her shoulders. She had a capacity for joyousness, and it was a thing to behold when she took to singing her favourite hymns and her favourite country songs. She loved to read and to exercise.

She strove to live a healthy life in what she ate and what she drank. She encouraged others to do the same. Although advanced in age, she appeared to be in fairly robust health, and I felt that she would survive the sudden and unexpected seizure which overcame her. But her strong-minded will to live could only be defeated by the will of God. I will remember her for her unreserved love, her strength, and her indefatigable spirit.

As I meditate and mourn her passing, what I wish for now more than anything is that my mother is in a state of everlasting tranquillity and of eternal peace.

Adeyinka Makinde is a writer and a law lecturer who is based in London, England.

Posted by Adeyinka Makinde at 07:16