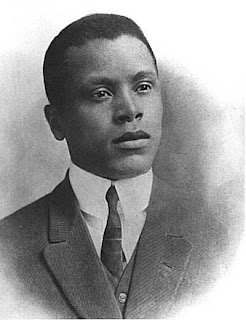 The mention of the term ‘filmmaker’ brings to mind the likes of John Ford, Alfred Hitchcock, Francois Truffaut, Luis Bunuel and kindred scions of the cinema. More than being merely a paid cog in the machinery geared towards producing a motion picture, the filmmaker is not merely a director. He is usually the instigator as well as the facilitator whose visualised product bears the personalised imprint of a series of techniques and themes that are instantly recognisable to connoisseurs of the art.


To audiences, Hitchcock was the ‘Master of Suspense’. With Ford it was his compelling constructions of the American West. Bunuel’s excursions into surrealism engrossed viewers fascinated by his endless enquires into and his denunciations of the malevolent social control practices of ideologies and religious institutions while Martin Scorsese has consistently provided authentic insights into the psychological and cultural dimensions of gangsters in America.


Among the earliest filmmakers, the life and works of a number including Charlie Chaplin, Buster Keaton, and Cecil B. DeMille are remembered. Many of course are not. But one figure among the ‘forgotten’ is, according to biographer Patrick McGilligan, a distinguished author of books on Alfred Hitchcock and George Cukor, clearly deserving of a serious assessment.


It is paradoxically both an accurate and inaccurate description to refer to Oscar Micheaux as a forgotten figure. For a fairly lengthy period of time, he made a good number of pictures –silent and talking- which were consumed by a predominantly Black American audience but at the same time, while living in a rigidly segregated society, he was shut out by the Hollywood studio system and ignored by the mainstream press.


Micheaux was a pioneer in the truest sense of the word. Black orientated films did not begin in the 1980s with Spike Lee or in the 1970s during the era of ‘Blaxploitation’ movies. Micheaux’s efforts pre-date the spate of ‘Sepia movies’ of the 1930s of whom several stars, including some Micheaux discoveries, were co-opted into a number of Hollywood all-black set pieces.


Although a black production company run by George and Noble Johnson technically produced movies for a short period prior to Micheaux entering the business, these largely consisted of 2-reel shorts. It was Micheaux who presented and would continue to present fuller length 8 reel productions of what in those times were referred to as ‘Race movies’. For his abiding obsession was to bring to the screen the realistic portrayal of Black Americans which was largely ignored by the wider society.


Although Micheaux filmed a wide variety of subject matter including love stories, gangster stories, detective stories and at least one boxing movie, the themes which he explored obsessively were recurring features. These included the phenomenon of ‘passing’; the ability of light-skinned Blacks to pass themselves off as White, corrupt Black preachers, and racial lynchings. His drive for authenticity meant that he did not shirk from portraying members of his race carousing in speakeasies while shooting craps. It also meant that some of his characters frequently used the word ‘nigger’; a tendency that raised protests from the black community.


Micheaux’s entrance into movie making came about from his publication of a novel entitled 'The Conquest' which was actually an autobiographical account of his experiences as a homesteader in South Dakota. Again, many of his movies would draw upon from this and his other novels which essentially recapitulated his own story with variations of plots and sub-plots.


Many were thus invariably about a ‘tall firm jawed hero’, usually a homesteader in search of his ‘one true love’ who has a problematic romance with a white woman who for the purposes of his movies is at the end often revealed as having ‘black’ ancestry.


Micheaux’s offerings involved ‘Preachment’; essentially movies with a message. He was a long time supporter-believer in the views of Booker T. Washington, whose picture could usually be espied on his sets, although he had flirtations with Washington’s contemporary and rival W.E.B. DuBois and Marcus Garvey.


His second movie, entitled 'Within Our Gates' (1920), was his riposte to and his rebuttal of D.W. Griffith’s Klan-romantising epic 'The Birth of Nation' with scenes of lynchings and the implied rape of black slave women (the antecedent /lineage-type of the story’s light-skinned heroine) and a scene depicting her attempted rape at the hands of the brother of the owner of the plantation on which she was born.


Micheaux also impliedly examined the state of Black-Jewish relations in two offerings which were based on the case of Leo Fisher, a Jewish factory manager who was convicted of the murder of a 13-year-old White girl in Atlanta after having got a black janitor to dispose of the body. Fisher was later lynched by a mob. The case forms the backdrop of 'The Gunsaulus Mystery' (1921) and 'Lem Hawkins’ Confession' (1935). The films, like a number of his novels give clues as to his opinions on the guilt or innocence of Fisher, as well as his complex attitudes to Jews.


How good was Micheaux at his craft? McGilligan ranks him highly enough to be considered as an ‘auteur’; that is, a French-inspired term coined in the 1950s as a reference to those American directors whose levels of expertise were such that they “wrote for the camera” regardless of whether they wrote the scripts in their films.


Micheaux certainly had his high points. His first film, 'The Homesteader' (1919), featured several innovative touches linked to lighting and the use of deliberately distorted camerawork evocative of German Expressionist Film. Micheaux often used the flashback as a tool of unfolding the mysteries and motivations of characters.


But while he was a man capable of stretching his comparatively meagre resources, it is apparent from a number of his later films that quality was often compromised with evidence of poorly edited movies, amateurish acting, poor lighting and continuity. While at the start of his career, he had been able to hire highly competent and cultured actors and actresses from established ensembles such as the Pekin Stock Players and Lafayette Players, later on Micheaux was often forced through financial constraints to use untried actors.


Part of the difficulty of assessing him is that many of his films are considered as “lost”; that is, the original prints are not available either because like many films of the silent era, they were not properly preserved and thus subject to natural degeneration or they are stored in some unknown location. The process of constructing and analysing the plots and performances in many his films is achieved by referring to press releases and contemporary reviews.


Oscar Micheaux’s story is a truly engrossing one. His experiences as a widely travelled Pullman porter, as a farmer battling the elements and as the writer of a successful batch of self-published books, portray a man imbued with copious amounts of energy and belief in self.


He was a charismatic individual with a winning sales pitch which he had honed as a boy selling his parents farm produce at the local rural market. At the same time he earned and lost large amounts of money and at the end was subjected to arrests for unpaid debts and succumbed to bankruptcy.