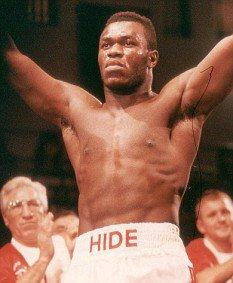 
Mick Hennessy is a truly new breed of promoter. It is Hennessy's concept to market a set of young, promising professional fighters known as the Real Class of 2002, in manner that binds them all together as if all were inextricably bonded in one, common destiny. They share the same trainer, Robert McCracken, are jointly promoted and advertised in grandiosely constructed posters while most, and occasionally all in the stable tend to fight on the same date.


But Hennessy is innovative in another more fundamentally critical manner. This is in the manner of the selection of the opponents for his fighters. The part scientific, part esoteric exercise of the promoter-manager in 'bringing along' their promising charges at the right pace is one that involves a complex interplay of skill, pragmatism and opportunism.


In boxing, what ever its cultural jurisdiction, the emphasis has traditionally been on safety first. The fighter is not allowed to 'bite the bullet' until those critical junctures are reached in his career. Too many hard fights or tough opposition in the nascent stage of a career, and the fighter is in placed in the dangerous position of suffering unnecessary losses.


A loss may be acceptable if the fighter is educated in the process but is dangerous when he is overmatched; suffering in consequence possible lasting physical and psychological damage that may destabilise the construction of a successful career.


It was to a national boxing journal that one reader recently wrote to point out his view that the fighters belonging to the Real Class of 2002 have tended to face opposition of the sort that is not merely credible but is positively dangerous.


This point was reiterated by a pundit during the television broadcast of an intriguing and often times exciting series of bouts staged by Hennessy promotions on Tuesday 27 May 2003 at the Goresbrook Leisure Centre in Dagenham, an industrial town based on the eastern fringes of the Greater London region.


The inaugural bout between Matthew Thirwell and the perennially substituting-bout-filling-journeyman-human-punch-bag, that is Leigh Wicks, was a simple work out predicated on keeping Thirwell, fresh from his revenge points victory over one Gary Beardsley, in shape until his next valid challenge.


The point's victory proved nothing for or against the progression made in the professional ranks by this former ABA middleweight champion. The next fight featured Lenny Dawes.


Fresh from his professional debut last month, in which he scored a spectacular second round stoppage, Dawes, a gangly elfin featured twenty-four year old light-welterweight repeated the trick against Ben 'Catweasle' Hudson, a tough fighter already settled into the journeyman mode but who presents a more formidable challenge than a Leigh Wicks. For a fighter embarking on only his second professional encounter, this was a risky venture whatever the successes of Dawes' amateur career.


Right from bells sounding Hudson, short and stocky exploded at Dawes, calculating that such a strategy would be likely to cause great anxiety in the putative novice and unravel his defences. Refusing to be unnerved, Dawes reacted with admirable cool and poise, weathering the onslaught with consummate professionalism.


He covered up before picking Hudson off with his arms forming arc's to throw powerful hooks at the head and body of Hudson. This proved a far preferable option to using his longer reach to box from a safer distance since the thick necked Hudson would surely have proved more resilient to jabs than to blows delivered from a short distance.


And what power he did display, rocking Hudson a number of times in the second round before the cumulative effect of the punches began to take their toll on the rapidly fading Hudson at which point the referee felt compelled to jump in and bring a halt to the proceedings.


When Nigerian Light-Welterweight Silence Saheed (record one win, one draw) opened a large gash around Irishman, Francis Barrett's eye, the stunned reaction of the crowd was summed up by the comments of one onlooker's exclamatory:"This wasn't in the fucking script, was it?"


Saheed had entered the ring with calm and confidence writ all over him, indeed during the interregnum, as a large video screen played highlights of Barrett's career, he danced loose African constructed dance steps to the beat provided by British rock act Cold Play. Barrett's injury, the consequence of torrid right hook, occurred in the midst of a violent interplay of punches.


The wound was exacerbated by Barrett's decision to go for broke and try to end it by scoring a knock out. However, this only succeeded in providing Saheed with openings, one of his punches landing directly on the cut and causing an explosive gust of meandering red blood corpuscles to litter the far reaches of the ring.


During a rare pause after both came out of a clinch, the referee visibly stilled to closely scrutinize Barretts features and promptly called a halt to the bout after two minutes and fifty-five seconds. Saheed calmly took to victory, gentle weaving his wiry frame from side to side in quiet celebration.


It all reminded one of the West African originated proverb appropriated as a maxim by US President Theodore Roosevelt, which is to "Speak softly and carry a big stick and you will go far." BBC Television viewers unfortunately were not given the opportunity of garnering Saheed's thoughts as no offer of an interview was granted to him.


The other Hennessy promoted fighter to become unhinged was Billy Corcoran, who dropped a six round decision to Walsall based Jimmy Beech in the next bout. Although Beech dropped him in the third and he suffered a heavy nosebleed for much of the duration of the fight, it was a decidedly unpopular verdict, as he appeared to outwork Beech in the majority of the rounds.


Yet there was cause for much celebrating within the Hennessy camp when David Walker, challenging John 'Boy' Humphrey for the Southern Area Light Middleweight title, scored an emphatic victory by stopping Humphrey in the second after unloading a fusillade of punches from which his opponent literally collapsed and failed to beat the referee's count.


It was a redemption of sorts for the man monikered 'Kid Dynamite' who after his resounding defeat to veteran Jimmy Vincent last December, attributed his loss to difficulties in making the weight at Welterweight. He set about acclimating to the heavier division by taking on two bouts against journeyman opposition in March and April before taking the bout against Humphrey.


Herbie Hide, like Howard Eastman, an already established performer signed by Hennessy, was out for revenge against the South African-based Zambian Joseph Chingangu. Chingangu, of course, is the heavyweight who knocked Hide out in two rounds in 2001 and thus precipitated Hide's initial decision to retire from the sport.


Fighting Chingangu, and beating him in a sort of 'cleansing of the spirit' exercise would serve as a prelude to offering a challenge to the likes of Danny Williams and Audley Harrison. Hide had reason enough to be confident of doing this. First, he blamed the decisive blow that debilitated him and set him up for a stoppage loss, on a late punch delivered by Chingangu after the referee had called for a break.


Secondly, the win over Hide appeared not to fire up an ambitious spirit in the Zambian who went on to lose three of his subsequent bouts. Indeed, such was Hide's confidence, that he eschewed his trademark jabbing and dancing style to adapt a power laced two-fisted attacking modus that succeeded in toppling over his opponent in the opening seconds of the first round.


In this ruthless frame of mind, Hide hit the Zambian while he was still on the canvas. For this, Hide was severely reprimanded but did not have any points deducted. Chingangu rose to his feet in a rage, although by the time he had assumed a standing position, Hide had been sent to a far corner of the ring.


When the fight resumed, Hide continued to lunge at the Zambian who willingly exchanged blows with him. Many called for Hide to exercise caution as the behemoth, if laggardly Chingangu, posed a latent threat to Hide's notoriously glass laced chin. Half way through the bout, Hide evaded a hook thrown by Chingangu and came up with a right uppercut, which put the Zambian down. He rose mid count only to be pinned against the ropes by Hide whose right put Chingangu down for the last time.


His message to Audley Harrison: "What's he waiting for? Let's get it on!"

Posted by Adeyinka Makinde at 01:44