A Night at the Fights Featuring Danny Williams’ Comeback Fight 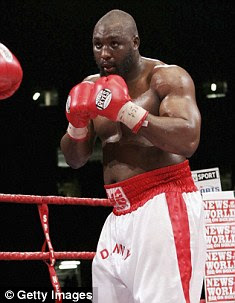 Boxing as with other professions is replete with its own significant stages of passage, that is, those critical junctures a fighter will have to face such as the debut bout, the ‘step-up-in-quality-of-opposition-crunch-match’ as well as the first title fight. Yet, just as taxing on the boxer’s physical and psychological resources is the notion of the comeback. For both the promising novice or the titleholder, the comeback fight may prove to be nothing short of the clarion need for a resurrection of his career; the back-against-the-wall requirement of success to rescue the pugilist from the plughole of the ‘journeyman’ life.

For Danny Williams, defeated two months ago in devastating fashion by Samil Sam when the two met for Sam’s European heavyweight title in Berlin, the usual questions and enquiries applied. How much was physically taken out of him by the shellacking administered by Sam? What doubts, if any, lurked in the recesses of his mind about the extent his abilities? What lessons had been learnt from defeat? Had they been addressed in his training regime?

Which opponent would provide the most suitable means of getting his career on a correct footing? The answers to all of these questions would not necessarily be definitively answered and indeed were not when Danny Williams defended his British and Commonwealth heavyweight title against the Australian Bob Mirovic on April 26 at the Brentford Leisure Centre.

To the unerring observer, the choice of a 37-year-old who came into the fight having lost a third of his thirty professional bouts, would have appeared to have been a cynical exercise by Williams’ handlers aimed at dusting down the ruffled feathers of their faltering star attraction and artificially resuscitating his confidence, albeit that Mirovic is the national champion of Australia.

But such cynicism was tempered by the reminder that if Corrie Sanders, a heavyweight with a largely indifferent record could upset the odds against the presumed heavyweight potentate-in-waiting, Vladimir Klitschko, then why not Mirovic, a hungry veteran against Williams, a fighter whose credentials as a top-flighter have been doubted even more so since the debacle in Berlin?

The fight did not begin promisingly for Williams who for reasons best known to him appeared passive. While Mirovic constantly pressed, busily throwing hooks and attempting upper cuts, Williams retreated or moved laterally, offering an occasional countering effort. Mirovic’s ploy appeared to be to “play hard”, that is to keep Williams under constant pressure and to use his eighteen stone frame in the clinches. It was at times not an edifying sight so much that he appeared at times to be playing by Australian Football rules rather than those devised by the famous English Marquis.

Desperate pleas from ringside for Williams to “be first” manifested the concerns about the champions’ relative inaction. But in the second, Williams emerged from his cocoon to score with a jolting jab. Then in the last seconds of the round, a double jab rocked the Australians head backwards with the bell sounding just as Williams followed up with a severe right.

These scoring efforts it should be noted were short though significant interruptions to the Australians consistent drive at Williams. The tide appeared to be changing when Williams raised his game at the start of the third by administering Mirovic with a dose of left hooks and uppercuts. Yet, inexplicably, and infuriatingly for the partisan crowd, Williams retreated into his indifferent, lethargic routine sinking indolently into the ropes. It was around this point that Mirovic stormed in with a granite-laden left hook that stunned Williams. It was, Mirovic told the writer, as if “the life went out of him.”

Forced back onto the ropes, Williams covered up, threw a few counters and held on to survive rather as he had done at the same stage of his fight against Keith Long last September.

For Mirovic, bereft of quality sparring partners for the four weeks training that he managed in Sydney, it was a last throw of the dice. Williams came out refreshed for the fourth. The bout lulled when Mirovic, continuing his bulling tactics, was sternly rebuked by the referee for impaling Williams on to the ropes and pushing him until he was half way out of the ring.

Soon after this, the bout was again paused for Mirovic to recover from a low blow administered by Williams. When the bout resumed Williams sprang at his opponent, delivering a powerful set of hooks and uppercuts and on this occasion the roar of the crowd appeared to egg Williams onto making it a sustained effort, stepping up the assault, until the Australian’s legs began to buckle and his hands became lowered at which point the referee bolted in to end it at the two minute and thirty-third second.

Earlier on, the crowd had been treated to the skills of two talented South African’s. Firstly, Silence Mabuza, the IBO Bantamweight champion successfully defended his title against the Argentine Julio Cesar Medina. After surviving a nine-count knock down at the end of the first, Medina was decisively counted out in the third round by the effects of a vicious left hook administered to his midriff.

Then Philip Ndou, the world title contending Super Featherweight made short work of Alex Moon who folded up from the effects of a short, left upper cut. The ease of his victory, coming in the first round, appeared to surprise and even embarrass Ndou, although his level of embarrassment was surpassed by Moon, his features wistfully surveying the ring as his conqueror acknowledged the cheers accompanying the official announcement.