"BOOK ON BOXER PULLS NO PUNCHES" - Article by Patrick Villanova of the Jersey Journal, September 1st 2010 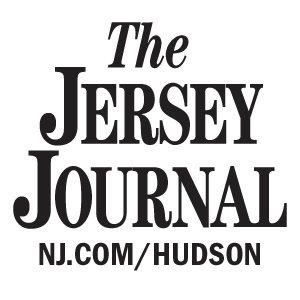 For 40 years, the death of a Jersey City boxing legend has remained a mystery – perhaps until now.


In his book, "Jersey Boy: The Life and Mob Slaying of Frankie DePaula," Nigerian-born author Adeyinka Makinde provides a multifaceted look at the tumultuous life and the unsolved death of the hard-hitting Jersey City prizefighter.


Makinde, who currently lives in London, will appear in the New Jersey Room of the Jersey City Public Library, 472 Jersey Ave., tonight from 6:30 to 8 p.m. for a signing and discussion of his book.


Makinde says that DePaula's son Michael contacted him after he saw two articles on the Web site eastsideboxing.com that Makinde wrote and encouraged him to write a book.


DePaula, a lifelong Jersey City resident best known for his fights with Dick Tiger and Bob Foster in the 1960s, was gunned down on Harrison Avenue in Jersey City on May 14, 1970. He died in a hospital bed four months later at age 31.


Although two men were charged with DePaula's murder and later acquitted, it has been widely believed that the mob carried out the hit - an assertion Makinde's research supports.


"It was definitely the mob that was behind it," Makinde, 44, said.


"The people in power those days were the Mafia, they were like the fourth branch of government," Makinde said. "The Mafia looked at how popular he was and said, 'We've got to get our teeth in that.' Frankie's career was controlled by the Mafia, and they probably pushed him too far."


Makinde points to DePaula’s relationship with the step-daughter of a Genovese crime boss, as well as the mob’s suspicion that he was a federal informer, as factors in his murder.


Makinde began work on the book in 2006 and spent part of 2007 in Jersey City researching DePaula’s life, career and sudden demise. He sorted through dozens of newspaper clippings and court documents and conducted interviews with numerous individuals who were close to DePaula.


“Luckily, a lot of people got in touch with me,” Makinde said. “With the passing of time, I think some of the danger has passed away because some of the characters have been deceased.”


“I let the people tell the story. People say the good things, the bad things and the ugly things,” Makinde said. “One thing that I don’t do is intrude.”

Makinde will appear in the New Jersey Room of the Jersey City Public Library, 472 Jersey Ave., tonight from 6:30 to 8.
Posted by Adeyinka Makinde at 12:31